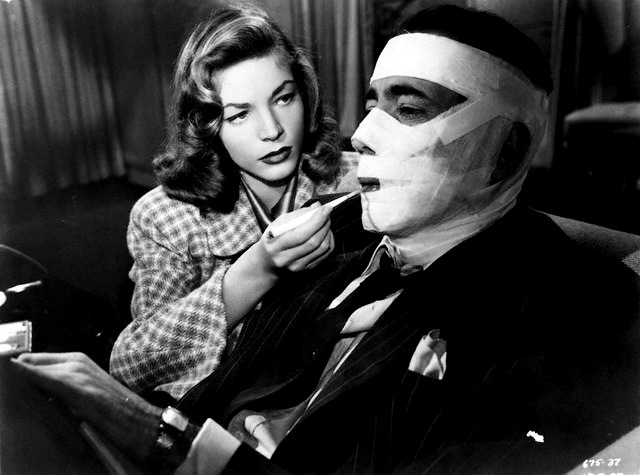 The film is based on the novel of the same name by David Goodis. It was the third of four films real-life couple Bacall and Bogart made together.

The film is notable for employing cinematography that avoided showing the face of Bogart’s character, (Vincent Parry), prior to the point in the story at which Vincent undergoes plastic surgery to change his appearance.

The majority of the pre-surgery scenes are shot from Vincent’s point of view. In those scenes shot from other perspectives, the camera is always positioned so that its field of view does not include his face.

The story follows Vincent’s attempts to hide from the law and clear his name of murder.

What happens when you get a femme fatale, a life insurance firm, and a detached member of The American Dream?

Double Indemnity, of course. Made within the reign of the Hay’s Production Code, Billy Wilder’s 1944 film noir is arguably one of the genres finest—a true gem in the catalogue of American film due to its mesmerising script, artful performances and cinematography.

Focusing upon an insurance agent, Walter Neff (Fred MacMurry) and his quest to finally achieve some sort of cohesive position in society and his life.

He seeks the aid of the married, promiscuous Phyllis Dietrichson (Barbara Stanwyck) to help achieve this idea; the only small problem for Neff and Stanwyck is successfully pulling off a profitable murder scam against Phyllis’ husband, Mr. Dietrichson (Tom Powers) and the company that Walter works for, as headed by the enigmatic Edward G. Robinson’s Barton Keyes.

The ability to transcend the basic features of film noir at the time of its creation, by rejecting the societal constraints of its time, is paramount to the plaudits of this fundamental piece in modern film history.

Opening the film with the streets of a dark and dirty L.A.—as opposed to the stereotypical New York, Double Indemnity sets out on a path of switching the known formulaic narratives and features of previous film noir films out of the window.

This is not to discount such classics as Public Enemy and Scarface as inferior to Wilder’s piece, but they lack the creative fluidity that is permeating to Double Indemnity.

Rope is a 1948 American psychological crime thriller film directed by Alfred Hitchcock, based on the 1929 play of the same name by Patrick Hamilton, and adapted by Hume Cronyn and Arthur Laurents.

The film was produced by Hitchcock and Sidney Bernstein as the first of their Transatlantic Pictures productions.

Starring James Stewart, John Dall and Farley Granger, this is the first of Hitchcock’s Technicolor films, and is notable for taking place in real time and being edited so as to appear as a single continuous shot through the use of long takes.

It is the second of Hitchcock’s “limited setting” films, the first being Lifeboat.

The original play was said to be inspired by the real-life murder of 14-year-old Bobby Franks in 1924 by University of Chicago students Nathan Leopold and Richard Loeb.

Read on via Rope (film) – Wikipedia 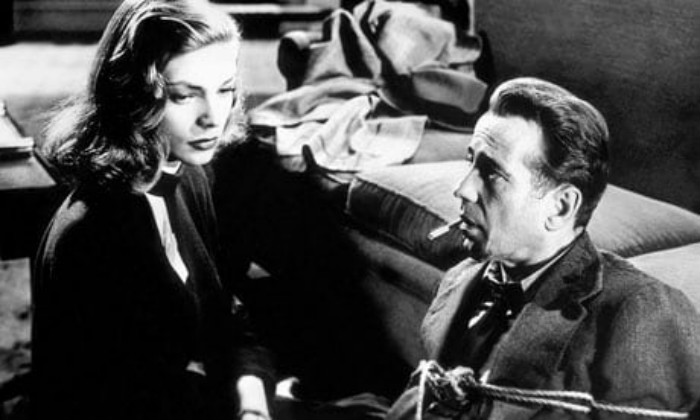 LA story … Lauren Bacall and Humphrey Bogart in the film version of The Big Sleep.

The “big sleep” of the title is of course death, but the action in Howard Hawks’s classic hardboiled thriller from 1946, taken from the Raymond Chandler novel, often looks like the sleep of reason bringing forth monsters.

Only the fiercest concentration will keep you on top of the head-spinning plot, and in fact the plot reportedly defeated its stars and director while they were actually shooting, cutting, reshooting and arguing about it.

An explanatory scene was removed and replaced with one showing the leads flirting in a restaurant. Plot transparency was sacrificed in favour of the film’s sexual mood music and making its female star, Lauren Bacall, every bit as compelling as she could be.

The fact that Hawks moreover had to be relatively coy about the pornography and drugs makes the proceedings look even more occult and mysterious. But the narrative’s defiance of our comprehension is part of the film’s sensational effect and its remarkable longevity: it means that scenes, characters, moments and quotable lines (“She tried to sit on my lap while I was standing up”) float up out of the mesmerising stew and into your consciousness like fragments of a dream.

The noir fused pulp detective fiction with the enigmatic form of German expressionism and The Big Sleep is an almost surrealist refinement of the noir genre. Bogart is Philip Marlowe, a private detective called in by an ageing sensualist when his pretty, tearaway daughter is being blackmailed.

Yet Marlowe is enamoured of her sister: a very cool customer played, of course, by Lauren Bacall. She was 20 years old and Bogart, her husband, was 44 but looking older — unwell, and battling with a drinking problem.

Nowadays, discussing the presence or absence of “chemistry” between stars has become a critical commonplace. Bogart and Bacall virtually invented the subject with their droll, laconic dialogue. There is a palpable charge in the air. Bacall ventilates the male atmosphere of the film, which is otherwise heavy, gloomy and dark: Bogart himself appears in almost every scene of the film and the mystery is also when he has time to go back home and sleep.

The movie’s disturbing and incomprehensibly labyrinthine story of murder and betrayal now looks like a fable by David Lynch, but Hawks his own storytelling force and potent and distinctive presence. Decades later, Polanski’s gumshoe would retreat from the unknowable mess of Chinatown, but the disturbing and chaotic crime-swirl of greed, vanity, lust and murder — its vortex too low down to be clearly seen — was trademarked by Hawks, Bogart and Bacall in The Big Sleep. 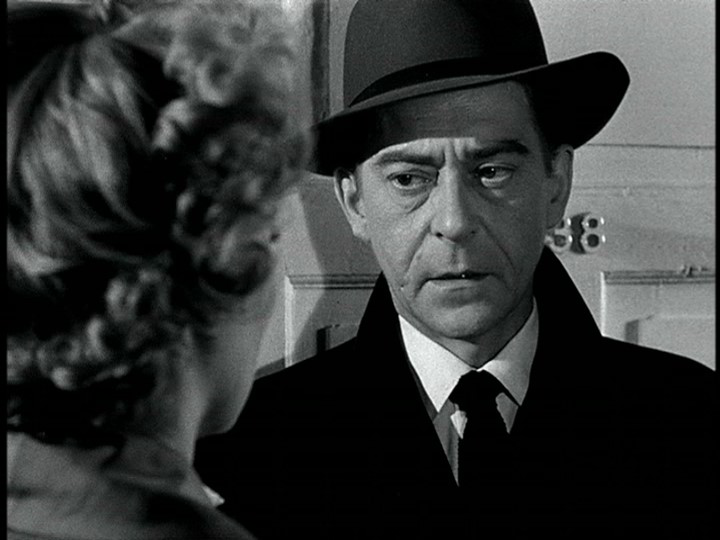 Dassin’s name sounds French, but in reality he was Brooklyn-born and established a pretty efficient noir career in Hollywood in the 1940s — “The Naked City,” the San Francisco-shot “Thieves Highway,” “Brute Force” — before heading to Europe on the lam, thanks to the blacklist.

He thrived in Europe — he made the great “Night and the City” in London before heading to France.

But “Rififi” was a groundbreaker, with the centerpiece of the film a nearly 30-minute jewel heist executed with precision in complete silence (methinks Brian De Palma had this in mind during Tom Cruise’s silent incursion into CIA headquarters in the first “Mission: Impossible” movie).

Dassin got two prizes at the Cannes Film Festival for this film: best director, and Greek actress Melina Mercouri, his future wife, whom he met there.