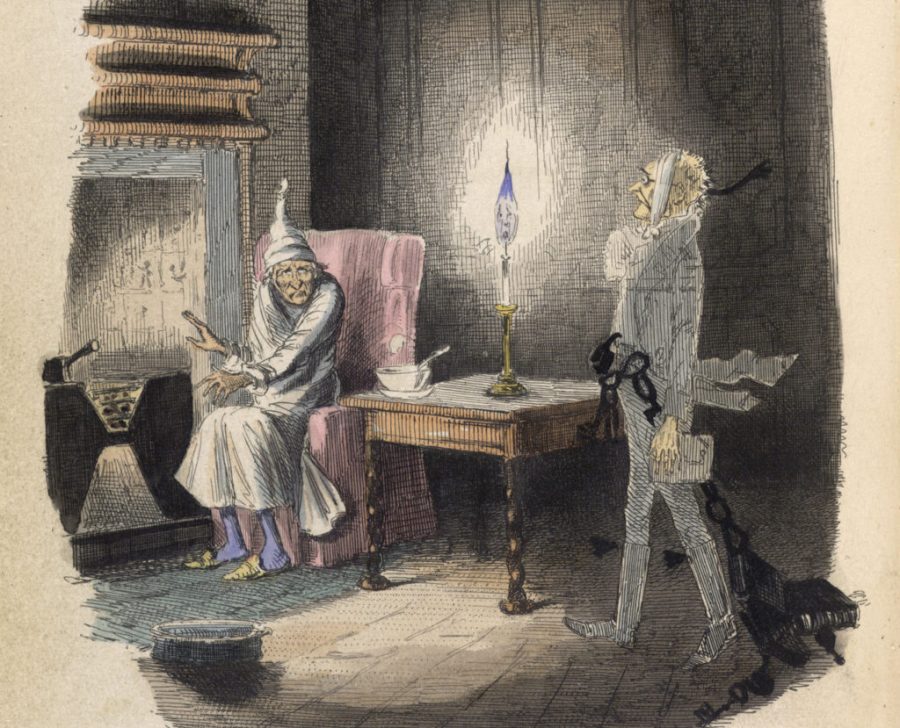 On 2 January, 1840, Dickens wrote to his printers, Bradbury and Evans, to thank them for their annual Christmas gift of a turkey.

Four years later, Dickens had written something that possessed still more “astonishing capabilities.” A Christmas Carol in Prose: Being a Ghost Story of Christmas was first published just before Christmas in 1843, and since then it has never been out of print.

Originally written as a tract for the times, this cautionary tale about the ongoing tussle between greed and goodness has been thought of as timely whenever it has been read.

Enjoyed by its first readers as a modern expression of the spirit of Christmas—as modern as Christmas cards, which were sent for the first time in the same year as the Carol’s publication—it has since become popular for quite different reasons: the sense of tradition it is thought to embody, a reminder of the simple pleasures that seem to have been lost sight of in the seasonal scrum of shoppers, an annual invitation to the pleasures of nostalgia.

Reproduced so often, and in so many different forms, it has become as much a part of Christmas as mince pies or turkey, with the key difference that, as Martin Heidegger argued was true of all classic works, it has never been “used up.”

There have been dozens of films, starring everyone from Laurence Olivier and Ralph Richardson to Mr. Magoo and Mickey Mouse, operas and ballets, an all-black musical (Comin’ Uptown, which opened on Broadway in 1979), Benjamin Britten’s 1947 Men of Goodwill: Variations on ‘A Christmas Carol,’ even a BBC mime version in 1973 starring Marcel Marceau.

So regular are the annual returns of the Carol to our stages and screens, in fact, that it has become something like a secular ritual, an alternative Christmas story to its more obviously religious rival, in which the three wise men are replaced by three instructive spirits, and the pilgrimage to a child in a manger is replaced by a visit to the house of Tiny Tim.

So widely and deeply has this story entered the popular imagination that phrases such as Bah! Humbug! have floated free of their original context and acquired the force of common proverbs, while Scrooge himself has entered the language as a piece of cultural shorthand “used allusively to designate a miserly, tight-fisted person or killjoy” (OED, “Scrooge”).

Continue reading via Source: The Endurance of ‘A Christmas Carol’