I remember Columbines that came in a long blue packet and each lolly was individually wrapped in a blue silver paper.

Jaffas (See Image Above) were made by a company called Sweetacres and came in a cardboard box. They were ideal for rolling down the aisle of the local picture theatre during the Saturday afternoon matinee.

There was gob-stoppers and conversation lollies, all-day suckers and fruit tingles. We used to buy nigger blocks (no offence intended), four in a square and from memory they use to cost 1d.

There was Hoadley’s Polly Waffle and the original Violet Crumble bars, Minties and Fantales came in boxes not plastic or cellophane bags.

There was Wrigleys Juicy Fruit and PK chewing gum in little packs of four pellets and from memory they were tuppence each. 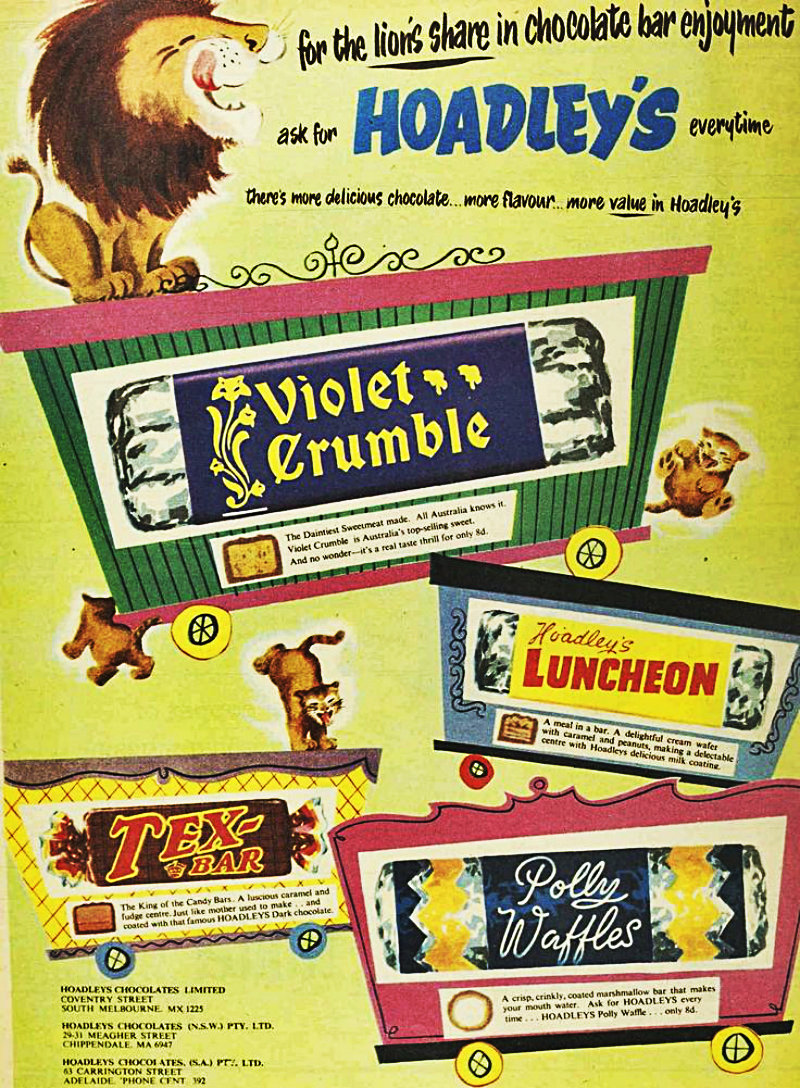 Haven’t had a Polly Waffle for years and Violet Crumble is definitely not the same anymore.

There was sherberts that came in a white packet that had a licorice straw and MacRobertsons made the original Freddo frog, barley sugars, Cherry Ripes and Old Gold chocolate.

Allens had Tootie Frooty and Steam Rollers in those little cylinder packs and they also made packets of Coconut Quivers.

There were Choo Choo Bars and Red Skins, White Knights and Milko, Life Savers came in all sorts of flavours including Musk.

And remember going to the corner shop to buy 6d worth of assorted lollies in a bag?

One thought on “‘Lollies from the Good Old Days.’”