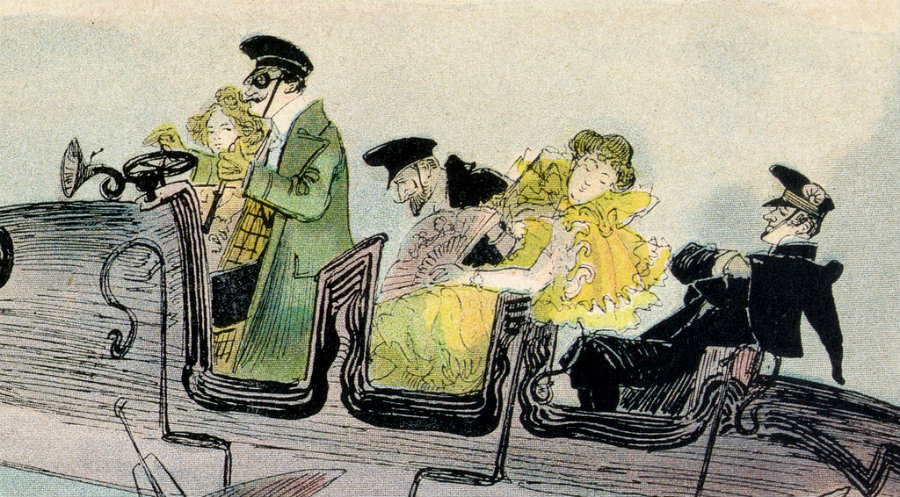 A print from around 1882 depicting a futuristic view of air travel over Paris as people leave the opera.

Many types of aircraft are shown including flying buses, limousines and, what are presumably, police vehicles.

On the latter are mounted strangely un-futuristic sword-carrying officers that wouldn’t seem out of place on the Opera’s stage itself.

As far as the get-up of the normal opera-going folk, things don’t seem to have progressed too radically, though many of the men seem to be sporting the same bizarre military-esque hat. 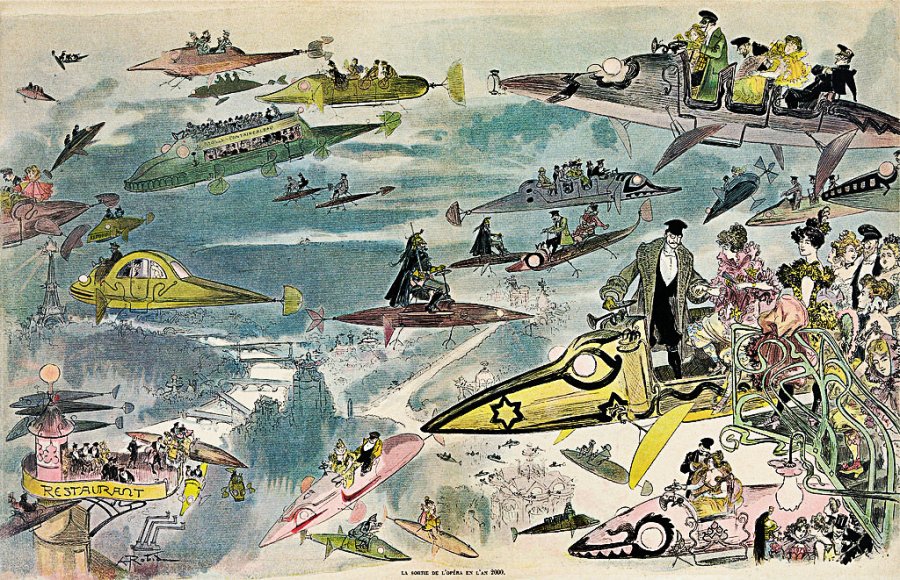 To the left of the scene, amongst the flying vehicles, we can see a restaurant, which like the Opera building itself, is elevated to an enormous height above the vaguely discernible city below.

In the distance we can make out the Eiffel Tower, which seems to have some enormous structure emerging from its top about which buzz more flying vehicles.

One other interesting thing to note is that women can be seen driving their own aircraft.

The print is the creation of the French illustrator, etcher, lithographer, caricaturist, novelist, and all around futurologist,

Albert Robida. Editor and publisher of La Caricature magazine for 12 years, Robida also wrote an an acclaimed trilogy of futuristic novels imagining what life would be like in the 20th century.

He foretells many inventions in his writings, including the “Téléphonoscope”: a flat screen television display that delivered the latest news 24-hours a day, the latest plays, courses, and teleconferences.

Read more via Leaving the Opera in the Year 2000 | The Public Domain Review.