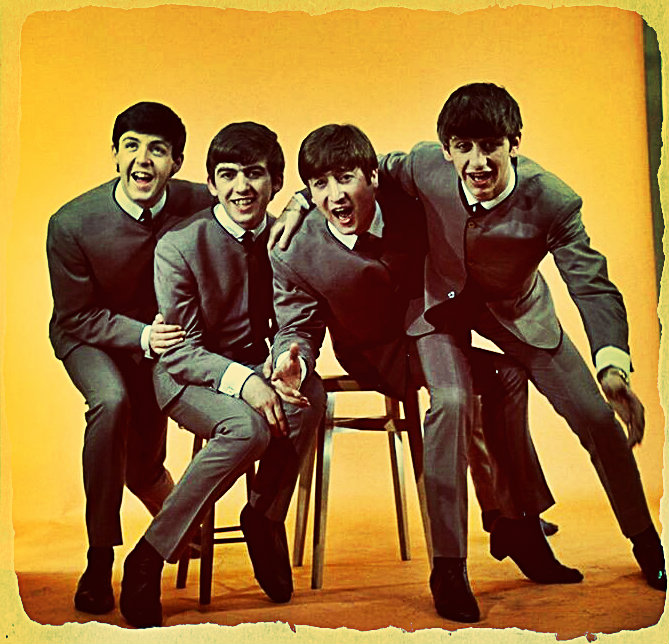 On 4 November, 1963, at the outset of another marathon British tour, the Beatles were the main attraction at a Royal Command Performance in London.

With the Queen Mother and Princess Margaret looking on, John Lennon famously asked for the crowd’s help: “The people in the cheaper seats, clap your hands, and the rest of you, If you’d just rattle your jewelry.” (He’d actually threatened to say, “rattle your f**king jewelry.”)

With that, the band launched into their closing number, a blistering version of “Twist and Shout. “

The next day, British newspapers were beside themselves. The show was broadcast in Britain on November 10, bringing the Beatles to yet another enormous television audience.

Time magazine described Beatlemania in vivid detail in an article headlined “The New Madness.” That same week, NBC and CBS dispatched crews to cover the Beatles performing on Saturday 16 November at the Winter Gardens Theater in Bournemouth.

NBC was the first on the air the following Monday with its report by Edwin Newman. CBS aired a story on its morning show later that week (with a script by correspondent Alexander Kendrick that was suspiciously similar to Edwin Newman’s).

And on 10 December, more than three weeks after NBC, the CBS Evening News ran its Beatles story.

It should be said that all this American news coverage, including NBC’s, took the same bemused, patronizing approach – dismissing the Beatles as a passing fad perpetuated by throngs of hyperactive teenage girls.

The focus was on haircuts, noise and frenzy, while little attention was paid to the music itself. The mainstream media (circa 1963) knew something was happening, to paraphrase Bob Dylan, but it didn’t really know what it was.

It wasn’t until later that most people were able to see this moment clearly as the beginning of a huge generational shift and a sea change in popular culture.

What the news coverage DID do was raise awareness of the Beatles, and that fed the growing appetite for their music among American record-buyers.

Up until then, their hits in Britain had tanked here. But things had changed, and the assassination of President Kennedy, just four days after NBC’s report, left Americans hungry for something to feel good about.

And so the spark of Beatlemania jumped the Atlantic and set fire to a huge American audience.

The Beatles’ next single – “I Want To Hold Your Hand” – was promised for American release in January. But demand was so great that it was pushed up to 26 December.

The song exploded onto U.S. airwaves, charting for 15 weeks, including a phenomenal seven weeks at Number One.

On 7 February, 1964, when John, Paul, George and Ringo landed at New York’s newly renamed John F. Kennedy Airport, the Beatles were at the top of the charts – just where they said they would be.

Now read on via A day in the life: The Beatles’ first appearance on American television – The Daily Nightly.

One thought on “Beatlemania hits America, 1964.”