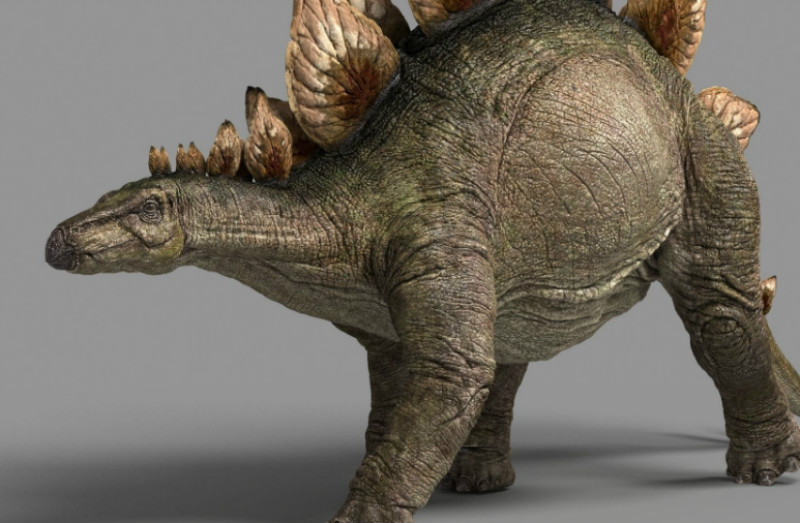 The stegosaurus is one of the more well-known dinosaurs out there, appearing in more forms of media than almost any of its lizardy brethren with the exception of the T-Rex and possible that dinosaur with wings on its legs.

Interestingly, it’s also one of the dumbest.

We say this not because we have anything against the stegosaurus, because that couldn’t be further from the truth, we love the stegosaurus because how could we not love a dinosaur with an in-built Mohawk?

No, the reason we’re saying that the stegosaurus is probably one of the dumbest dinosaurs to have existed is because it literally had one of the smallest brains we’re aware of.

We should make it clear that this isn’t necessarily a bad thing, a stegosaurus didn’t need to contemplate philosophy or do long division in its head because it’s life was, overall, pretty good.

However, in the early days of palaeontology, people examining the skulls of stegosaurus remains couldn’t accept that a creature of such immense size and girth could survive with such a tiny brain, so it was theorised that the creature must have had a second brain, in its arse.

The actual reasoning behind the theory isn’t as stupid as that, but it is is painfully close.

To explain, palaeontologists back in the day noticed that the stegosaurus had a weird cavity in the booty area of its spine.

This cavity was larger than the cranial cavity that housed the dinosaur’s brain so it was simply assumed that it must have contained a second brain of some sort.

That was literally it.

This theory  persisted for decades because what else could that cavity be for? As it so happens, no one really knows what the cavity is for.

But we’re getting ahead of ourselves, the important thing to remember here is that at one point in time, it was literally believed that stegosaurus’ had a second brain in it’s arse.

via People Used to Think The Stegosaurus Had Two Brains | Fact Fiend.