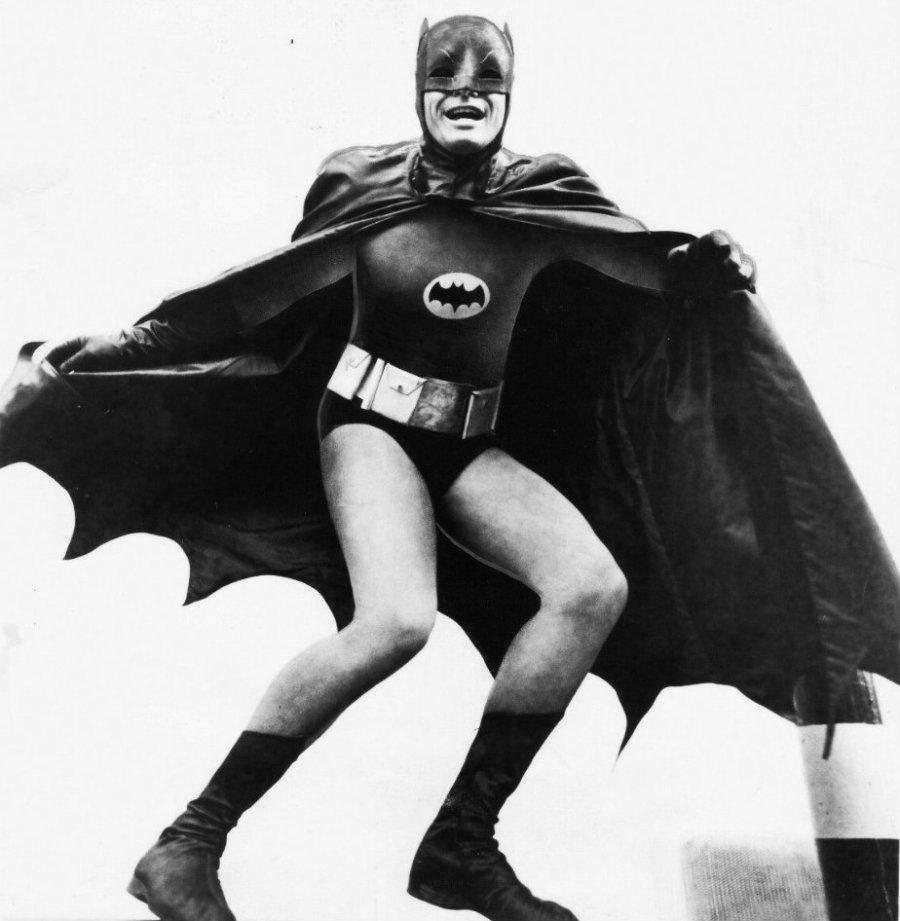 Photo of Adam West as Batman from the television program.

In this awesome early image Adam West is playing the most iconic superhero of that time.

This image is a promotional photo from the movie studio when they released their spinoff movie to the show “Batman.”

The movie was released a few months after the show was.