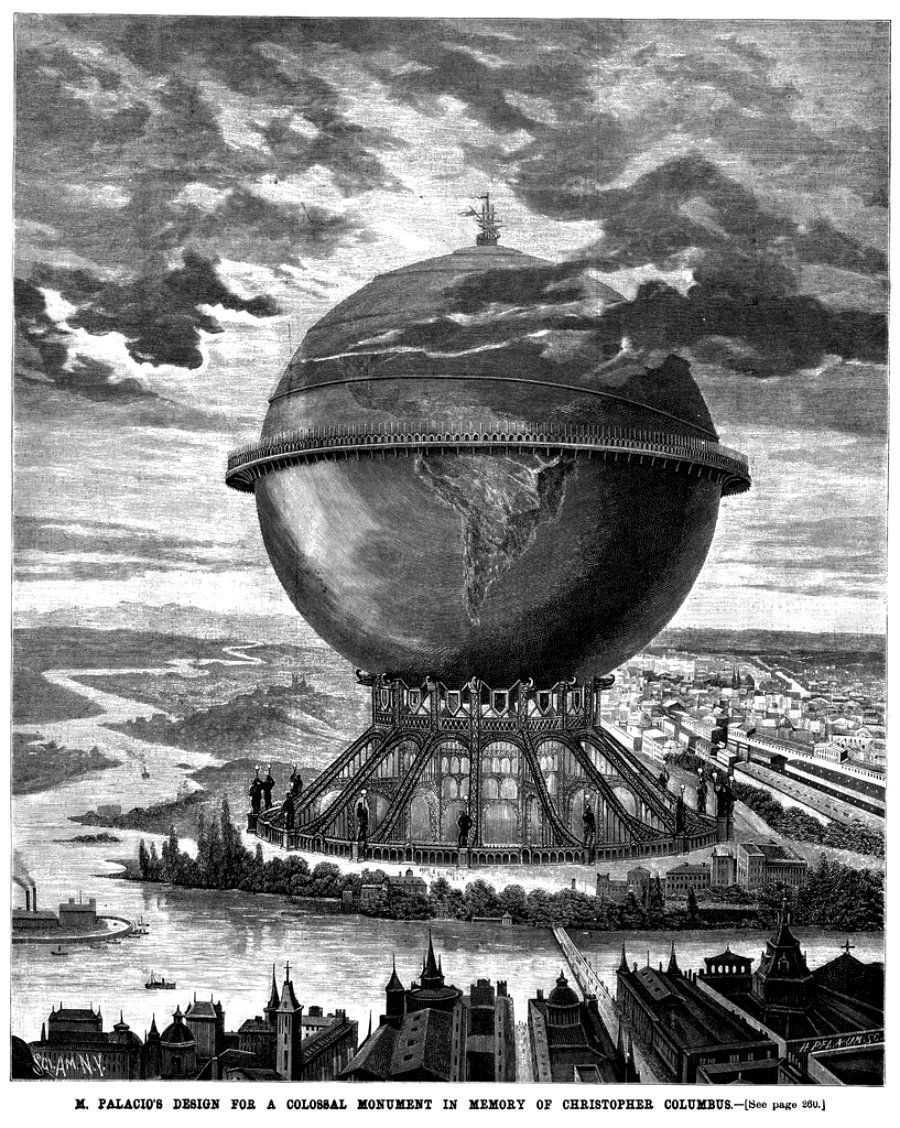 Appearing in the October 1890 issue of Scientific American magazine, the engraving above is an artist’s rendering of the truly gigantic monument planned by the Spanish architect Alberto Palacio in honour of Christopher Columbus.

The structure was designed for the 1893 Chicago World’s Fair, an event to celebrate the 400th anniversary of Columbus’ arrival in the New World in 1492.

The globe of Palacio’s design was envisaged to be nearly 1000ft in diameter and to house a spiralling stairway circumambulating its surface – internal until the equator and then external for the northern hemisphere portion, reaching finally the north-pole where sits an enormous copy of one of Columbus’ caravel ships (whose hull would house a meteorological observatory).

At night the shapes of the continents would be illuminated by a huge number of lights casting beams from below.

In the base would be a statue-littered institutional complex dedicated to the natural sciences and geographical exploration, as well as a network of promenades, cafes and restaurants for the public.

Not unsurprisingly Palacio’s ambitious vision was never realised as physical reality, but if it had it would have cost an estimated $6 million plus – probably something close to $7 billion in today’s money.

Read on via Palacio’s Plan for Colossal Monument to Columbus (1890) | The Public Domain Review.