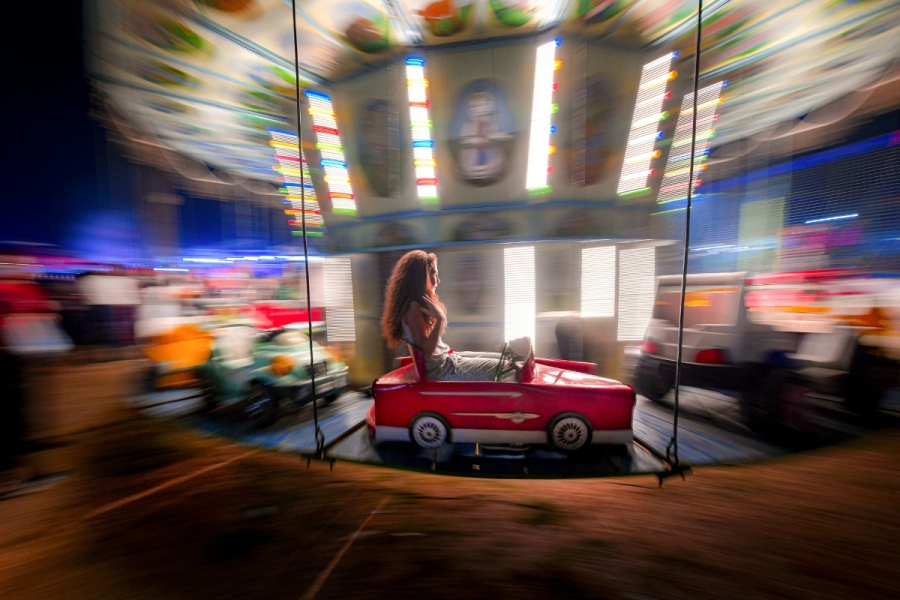 by Vadim Ghirda and Andreea Alexandru.

Romania’s autumn fairs are a loud, colourful reminder that summer has come to an end.

And for many families in poorer areas of the country, they are one of the few affordable events of the year.

Fairs like the one in Titu, northwest of Bucharest, which is on its 187th edition, were the sole public entertainment in 19th-century rural Romania.

It’s a bit more high-tech nowadays, but otherwise little has changed in two centuries. Thousands flock to fields outside small cities, where entertainment areas are set up from mid-week until the weekend.

Music and flashing lights strike visitors on arrival at the fairground, which is constantly engulfed in smoke from the food grills and an endless mix of food flavors.

With a slow shutter speed, a little girl holds her hair while riding in a merry go round at an autumn fair in Rosiorii de Vede, southern Romania.