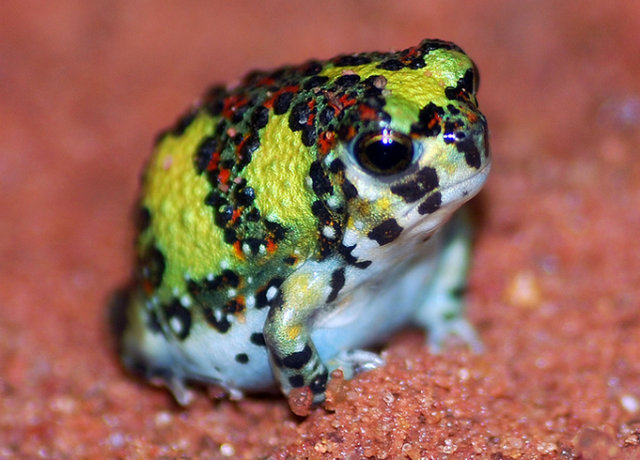 LOOK AT THIS fat little guy. No one has more personality than this warty, ping-pong ball of a guy.

The crucifix frog (often called a toad) is decorated with a striking black, red, and green cross-shaped pattern that runs all the way across its bright yellow back, as you can see below.

Looking at the back of the crucifix frog, you can see how its name came about. (Image Credit: Dr Paul Anthony Stewart/Flickr: Paulhypno)

Obviously these colours wouldn’t do much to help the crucifix frog camouflage against the blackish flood plains it lives on – quite the opposite, they’re there to make the frog stand out.

The crucifix frog is one of the only species of Australian frog to employ aposematism, which is the use of bright patterning to ward off predators.

Now read more via The crucifix frog with a grumpy frown – Australian Geographic.