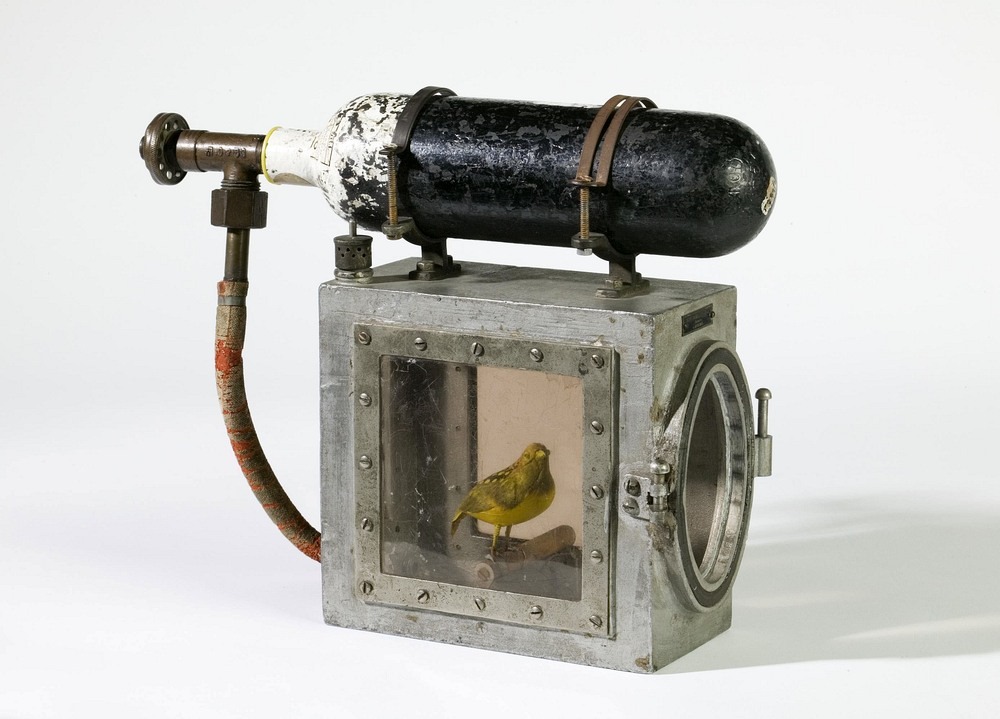 This peculiar device, in the collection of the Science Museum in South Kensington, London, looks like a tiny gas chamber a movie villain would use.

Throw in your enemy—in this case, a small innocent canary—close the hatch, turn open the valve to let in poisonous gas from the cylinder above, and then laugh manically as the bird suffocates and dies.

In reality, it’s the opposite. This device is used not to kill canaries, but to revive them. The cylinder attached to the top of the metal box contains life giving oxygen.

They are known as Canary Resuscitators. Coal miners used to go down to work carrying canaries with them in glass chambers such as these.

Underground mines can contain potentially deadly gases such as carbon monoxide that can form during an accident such as fire or an explosion.

The colorless gas is equally deadly to both humans and canaries alike, but canaries are much more susceptible to the gas, and react more quickly and visibly than humans do, thus alerting miners to the presence of the poisonous gas.

When a disaster strikes inside a mine, rescue workers would descend into the mine carrying a canary in a Resuscitator.

The glass and metal box has a circular open door in the front to let air in, but a grill prevents the canary from escaping.

If there is carbon monoxide in the air, the canary would show signs of distress. It would start swaying noticeably on its perch and eventually fall of it.

If the canary loses consciousness, the door to the box would be closed and the valve opened, allowing oxygen from the tank on top to be released and revive the canary.

The miners would then evacuate the danger area.