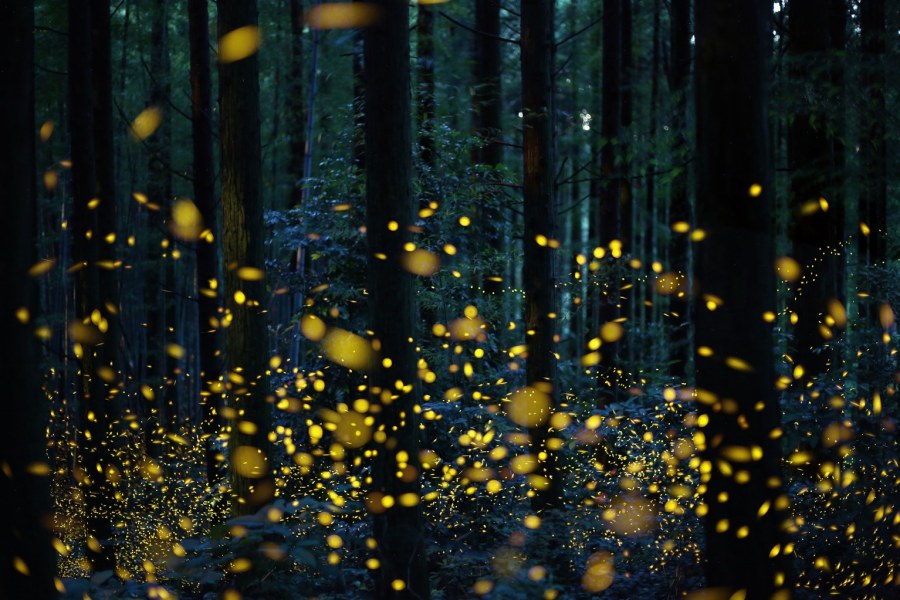 When you see a firefly, it’s only for a moment. The bright light blinks and vanishes until it magically appears a few feet away.

But photographer Kei Nomiyama freezes the dance with long exposures that make hundreds of fireflies appear suspended in mid-air.

Nomiyama is an environmental science professor, but loves to spend his free time photographing the world he studies. “I became a scientist to protect nature, and I have an interest in photography to record nature,” he says.

The fireflies thrive in the forests of Shikoku Island where Nomiyama lives, and he’s spent the last eight years documenting their mating ritual with his camera.

The fireflies are most abundant during Japan’s rainy season between May and June, where they live a brief but beautiful two-week adult life.

During that period, Nomiyama makes frequent into the forests around central Shikoku Island, seeking the perfect patch of trees or river for his shoot.

Once he finds a location, Nomiyama makes long exposures up to 30 minutes with his Canon EOS 5D Mark III and Sony Alpha a7R II.

The final images are overflowing with hundreds of tiny lights. In the early 20th century, firefly hunters captured thousands of the insects to illuminate hotels and private gardens in Tokyo. 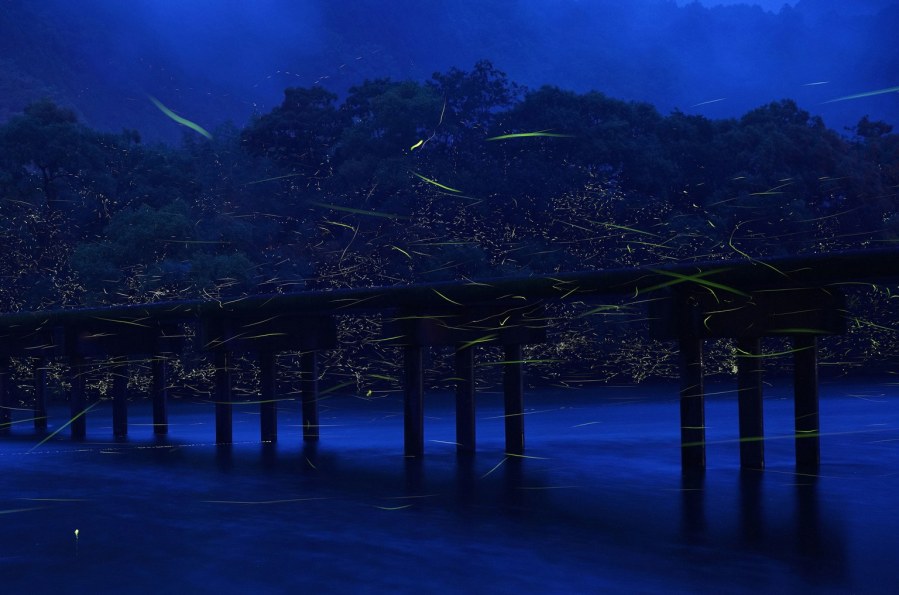 2 thoughts on “Capturing the Fireflies of Japan.”