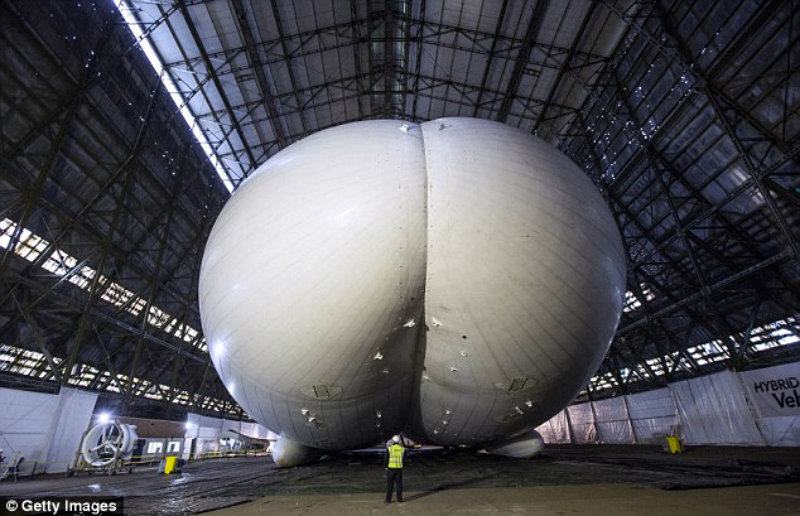 Full of gas: The world’s longest aircraft – part airship, plane and helicopter – has been unveiled in Cardington, Bedfordshire.

It will be used for surveillance and aid missions… and resembles something very familiar. The 300ft-long ‘airship’ unveiled in Britain is the world’s longest aircraft.

Known as the HAV304, aircraft is being displayed at a Hangar in Bedfordshire, United Kingdom.

It can stay in the air for 3 weeks and will be vital to delivering humanitarian aid.

The aircraft is 70 per cent more environmentally friendly than a cargo plane and doesn’t need a runway to take off.

via HAV304 300ft-long ‘airship’ unveiled in Britain is world’s longest aircraft | Mail Online.

5 thoughts on “The Flying Bum, Bedfordshire.”