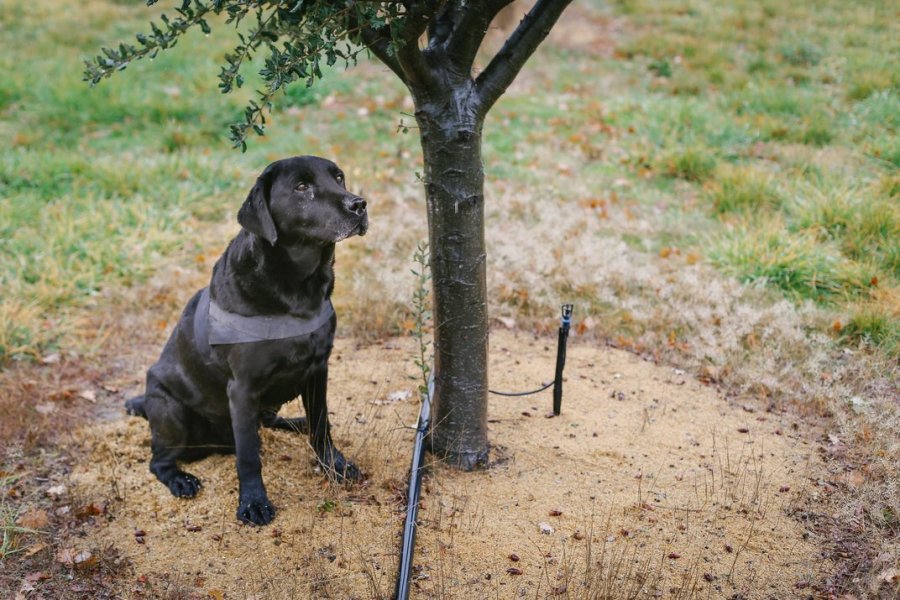 Samson, a 10-year-old black Labrador retriever, buries his nose into a patch of softened earth shaded beneath a stand of oak trees. Using his keen sense of smell, he detects buried treasure: truffles.

As a reward for Samson’s find, Jayson Mesman, owner and farmer of The Truffle Farm, a farm he founded earlier this year in Canberra, Australia, plays a few rounds of fetch with a tennis ball, one of the dog’s favorite activities.

But Samson’s life wasn’t always this ideal. Before Mesman adopted him, Samson went from home to home, but always wound up being returned.

Mesman, who had worked for several years training dogs for law enforcement, knew that Samson had a special gift. He took advantage of the dog’s sensitive nose, training him to ward off pests on his property.

Samson’s sharp sense of smell was proven in 2007 when the duo visited The Truffle & Wine Co. in Western Australia, the largest producer of black truffles in the world. “Within ten minutes he had found several kilos of truffles,” Mesman tells Smithsonian.com. “I immediately converted him from hunting pests to hunting truffles.

”Ever since, Samson has served as the 32-year-old farmer’s trusty sidekick in the hunt for Australian black truffles, a gourmet delicacy that has been known to fetch $1,200 for a one-pound specimen.

Chefs from around the world clamor to get their hands on these “black diamonds,” shaving the umami-rich fungi onto steaks or infusing them into truffle oil.

Although truffles can be found in places like France, Italy, Spain, and Oregon, Australia’s black truffles are some of the most covetable.