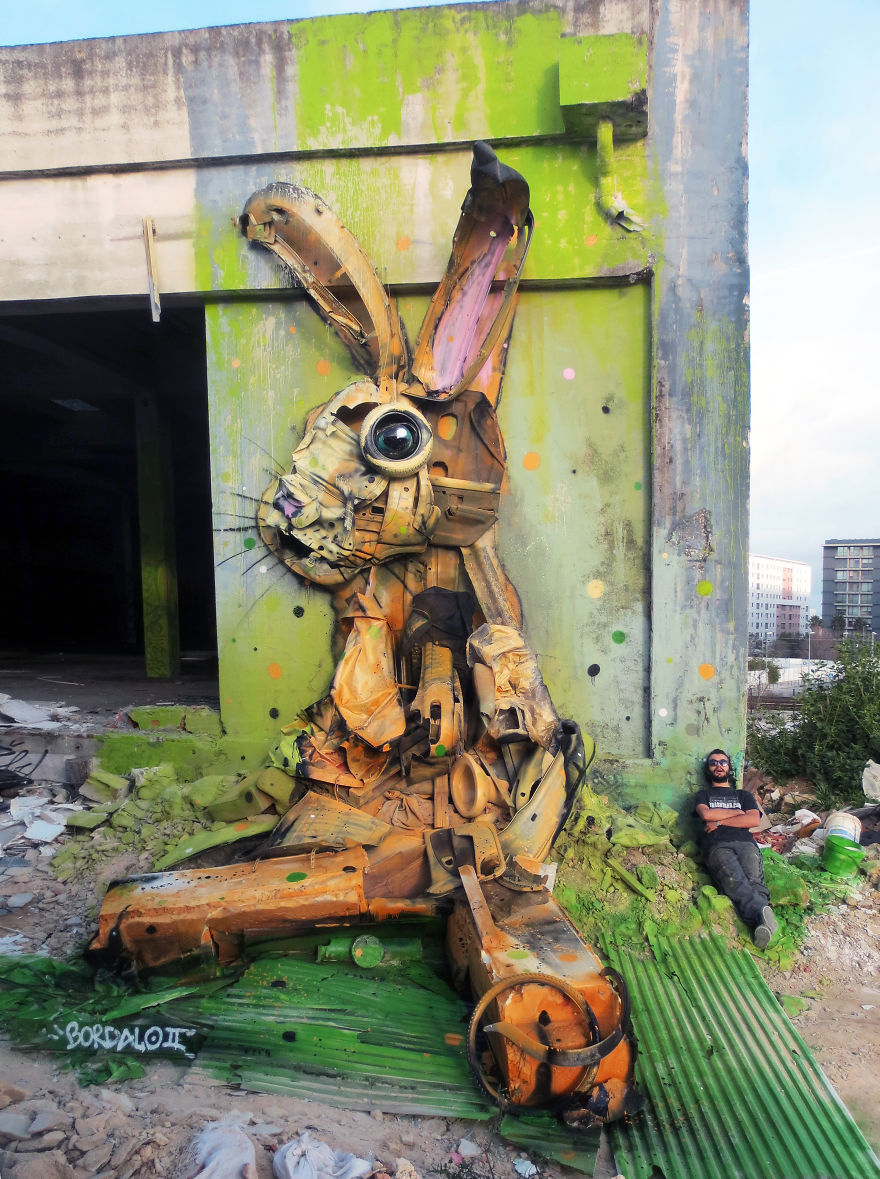 This is Artur Bordalo’s (aka Bordalo II) series of artwork that aims to draw attention to the problems of waste production, materials that are not reused, pollution and its effect on the planet.

These are problems that are likely to be forgotten, become trivial or become necessary evils. 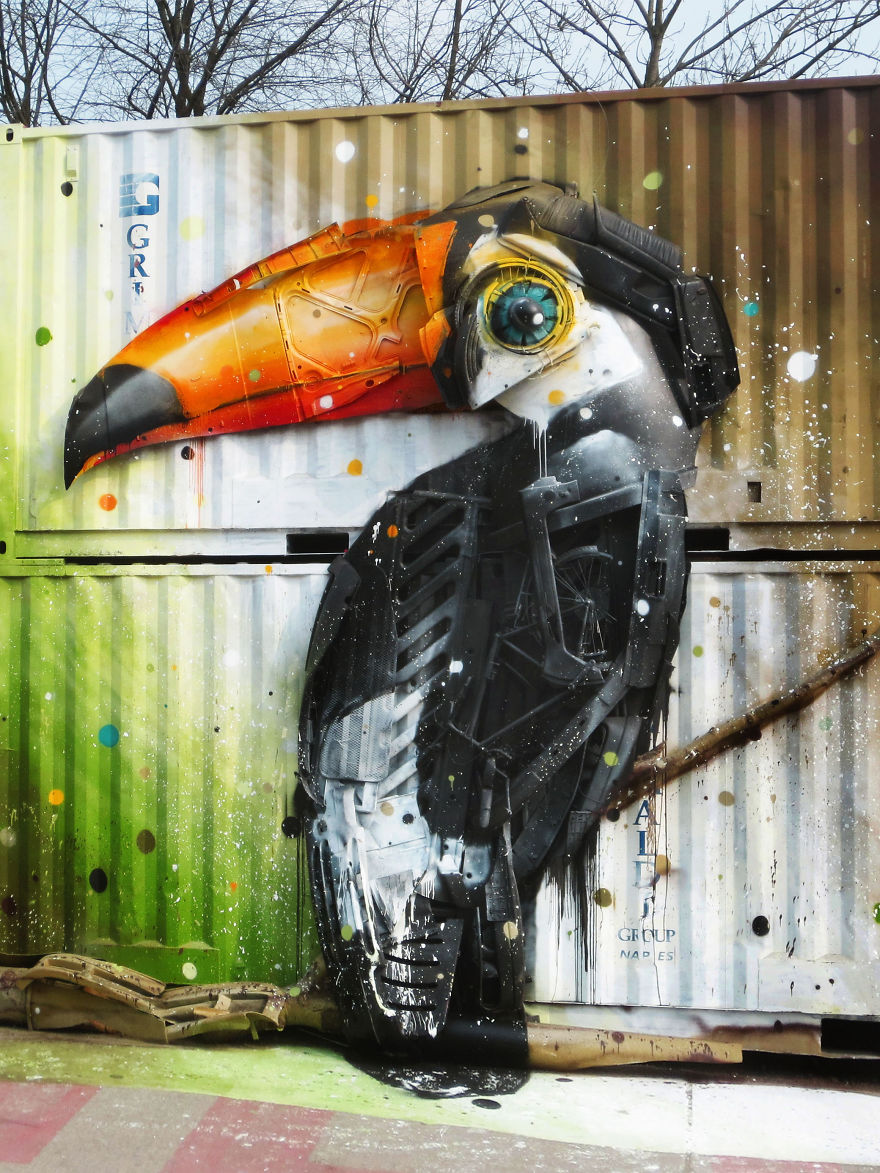 The idea is to depict nature itself, in this case – animals out of materials that are responsible for its destruction.

These works were built with end-of-life materials: the majority found in wastelands, abandoned factories or just randomly.

Some were obtained from companies that are going through a recycling process.

Damaged bumpers, burnt garbage cans, tires and appliances are just some of the objects that can be identified when you go into detail.

They are camouflaging the result of our habits with a little ecological and social awareness.

One thought on “Turning Junk into Art.”