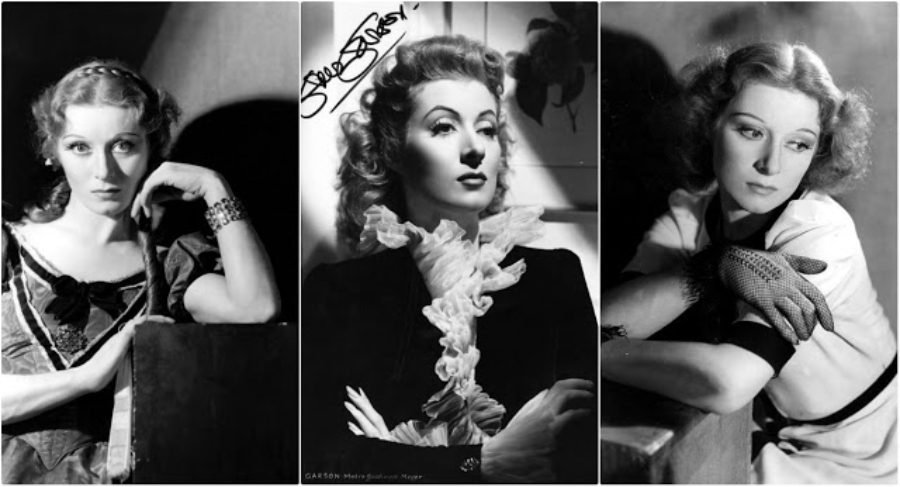 Born 1904 in Manor Park, East Ham, British-American actress Greer Garson was popular during the Second World War, being listed by the Motion Picture Herald as one of America’s top-ten box office draws from 1942 to 1946.

Unlike most young actresses beginning their careers in Hollywood, Garson was already in her mid-thirties when she made her first film.

Her elegant and intelligent demeanor struck a cord with the movie going public and her popularity soared at MGM.

A major star at Metro-Goldwyn-Mayer during the 1940s, Garson possessed a beautiful speaking voice and her refined acting style earned her seven Academy Award nominations, including a record-tying five consecutive nominations for acting and all in the Best Actress category (1941–1945), winning the award for Mrs. Miniver (1942).

Garson had her final role for television was in a 1982 episode of The Love Boat.

She received an honorary Doctor of Arts degree from Southern Methodist University in Dallas, her late husband’s alma mater, in 1991.

In 1993, Queen Elizabeth II recognised Garson’s achievements by investing her as Commander of the Order of the British Empire (CBE).

In her final years, Garson occupied a penthouse suite at the Presbyterian Hospital in Dallas.

Source: Greer Garson: One of the Most Popular Actresses During WWII ~ vintage everyday