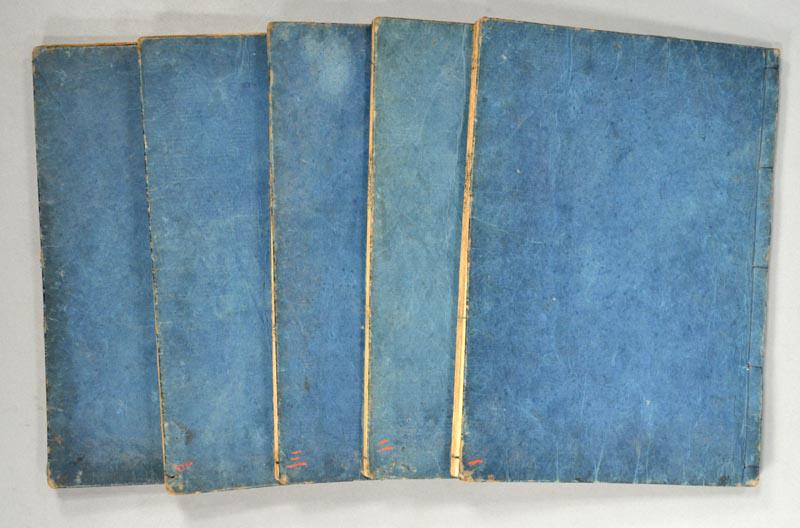 During the Tokugawa period, the process for producing a book was a collaboration of artists and craftsmen and women. First the text would be given to the copyist, or hanshitagaki (the copy was called the hanshita).

The copied text would be given to the block carver, horishi. The carved block would be passed to the printer – surishi – and after printing to another worker for page alignment. The maker of covers was the hyoshiya.

Book covers would be paper with thick backing; from about the 17th century onward, design became an important part of commercialization and marketing.

By early Meiji the covers were stiffer, made of cardboard. The printed pages and covers would be passed to a binder who sewed them together.

Then the completed work (with printed protective paper wrappers, beginning in the second half of Tokugawa) would be sent to the bookseller.

Sometimes the color of the cover would be based on content. In Edo in the 18th century it was common for lighter genres of fiction to have different color covers, the genre names derived from the color: akahon “red books” and kibyoshi “yellow covers.”vi In the seventeenth century, literary works began to regularly include illustrations; artists were named in colophons.

With larger firms, all the book trade craftspeople would work together in-house – “but smaller-scale publishers contracted some parts of the process out to sub-contracting specialists like block-carvers and binders, and cover-makers ran their own separate firms from the early seventeenth century onwards.”

Bookbinders did not get credit like publishers/booksellers, artists or designers. Sometimes copyists and block carvers were named in colophon, but rarely binders.

Women worked as binders during the Tokugawa period. Peter Kornicki, in The book in Japan: a cultural history from the beginnings to the nineteenth century, says: “… although the whole process of production and distribution of books is commonly presented as if it were exclusively male, this picture needs some correction … it seems that bookbinding was often undertaken, at least in 19th century, by women in the publisher’s household, and there is a record in a book published in 1716 to the effect that copyist responsible for the clean copy or hanshita was a woman.

Here are some illustrations of different styles of book covers: 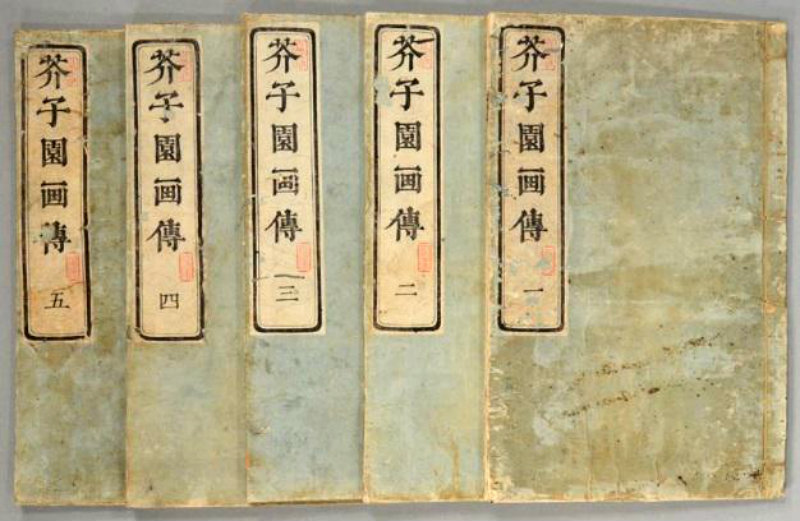 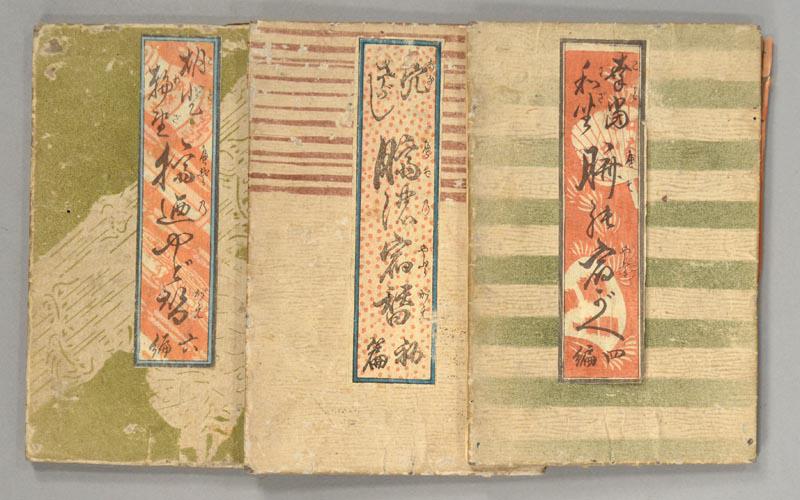