Primitive respirator examples were used by miners and introduced by Alexander von Humboldt already in 1799, when he worked as a mining engineer in Prussia; long before that there was a Plague doctor’s bird beak shaped mask/face piece filled with herbs.

The forerunner to the modern gas mask was invented in 1847 by Lewis P. Haslett, a device that contained elements that allowed breathing through a nose and mouthpiece, inhalation of air through a bulb-shaped filter, and a vent to exhale air back into the atmosphere. 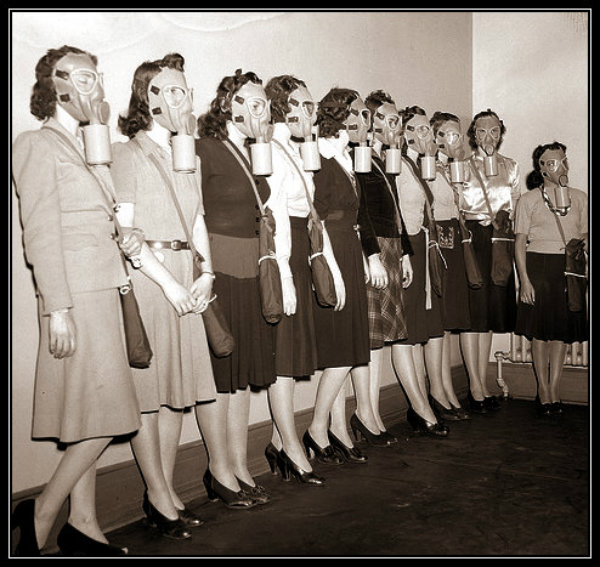 According to First Facts, it states that the “gas mask resembling the modern type was patented by Lewis Phectic Haslett of Louisville, Kentucky who received a patent on June 12, 1849.”  U.S. patent #6,529 issued to Haslett, described the first “Inhaler or Lung Protector” that filtered dust from the air.

Early versions were constructed by the Scottish chemist John Stenhouse (above) in 1854 and the physicist John Tyndall in the 1870s.