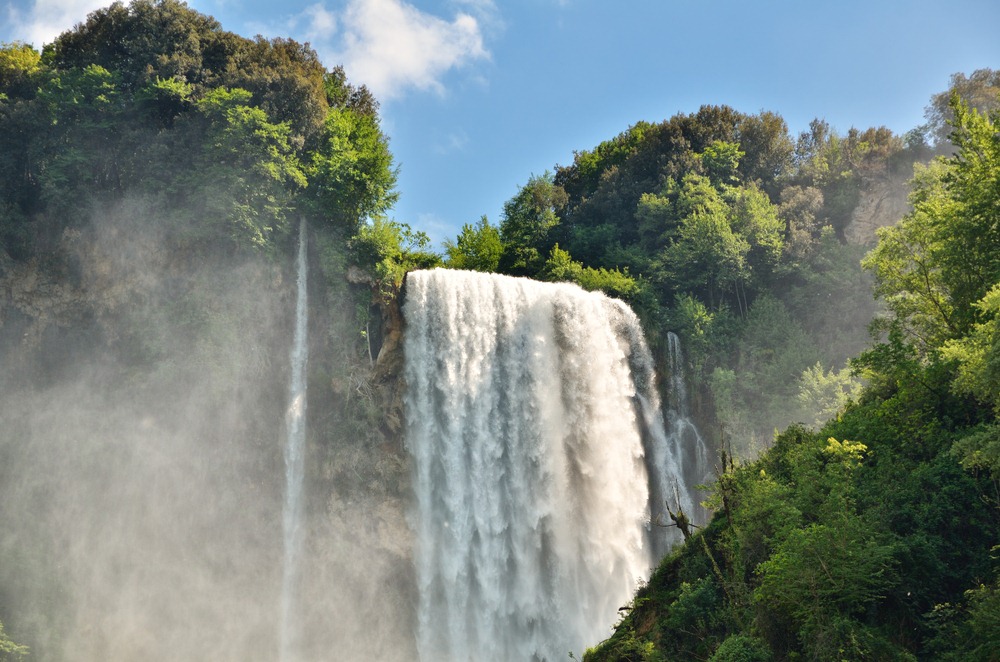 About 8 kilometers east from the city of Terni, in the Umbria region of Italy, is a beautiful three-tiered waterfalls called Cascata delle Marmore or the Marmore Falls.

The falls were once part of the ‘Grand Tour’ which wealthy young Englishmen of the 17th and 18th century took through France and Italy seeking out places of art, culture and the roots of Western civilization.

Marmore Falls’ curiosity lies not solely in its grandeur but also in the fact that it was a product of human intervention with nature.

Twenty-two hundred years ago, there was no waterfalls here. The River Velino, where the falls are located, took a completely different path ending in a swamp within the plains of Reiti.

The stagnant waters of the swamp was deemed unhealthy and was blamed for various illness that affected the population, and so the Roman consul Manius Curius Dentatus ordered the construction of a canal, known as Curiano Trench, in 271 BC, to drain the swamps and direct the excess waters into the natural cliff at Marmore creating the falls.

From there, the water fell into the Nera river below.However, the solution didn’t work out as expected. The Reiti valley continued to flood, and when water was high in the Velino River, it now flooded the Terni valley too where the water was diverted.

The man-made canal and the resulting flood became a long source of dispute between the inhabitants of Terni and Reiti valley.

The former wanted the canal closed, while the latter wanted the flow of the falls increased to accommodate the excess water. The issue between the two cities was so contentious that the Roman Senate was forced to address it in 54 BC, but a consensus couldn’t be arrived at and the matter remain unresolved for centuries.