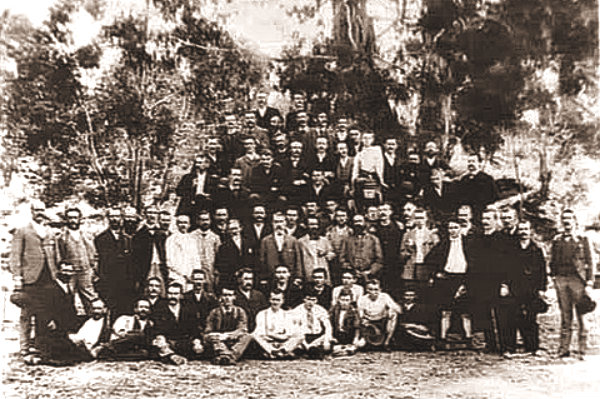 According to the Oxford English Dictionary (OED), the wayzgoose was originally an entertainment given by a master-printer to his workmen to mark the beginning of the season of working in the print shop by candlelight.

In later use, it meant an annual festivity held by the employees of a printing establishment, consisting of a dinner and usually an excursion into the country. In the northern hemisphere this was held on or around August, Bartholomew-tide, St Bartholomew being the patron saint of bookbinders (amongst other things).

The origin of the term wayzgoose is still shrouded in mystery. Early evidence of the word suggests it was originally waygoose, without the z.

The earliest evidence currently for waygoose in the OED is from Mechanick Exercises by Joseph Moxon (1683) – “the Master Printer gives them a Way-goose; that is, he makes them a good Feast, and not only entertains them at his own House, but besides, gives them Money to spend at the Ale-house.”

At the Oxford University Press prior to the year 1851 the Wayzgoose was an afternoon affair at some local inn…followed by a supper, which, if the accounts given are to be trusted, did not invariably end well.

At the Government Printing Office in Adelaide although some wayzgoose trips were made by train, many were made by charabanc or bullock drays.

Originally carriages were pulled by horses They were usually open-topped, sometimes with a folding canvas roof and benched seats

Most of the early Wayzgoose outings were held in the Adelaide Hills in March on a Saturday afternoon (remember it’s church on Sunday).

via The origin of wayzgoose – OxfordWords blog