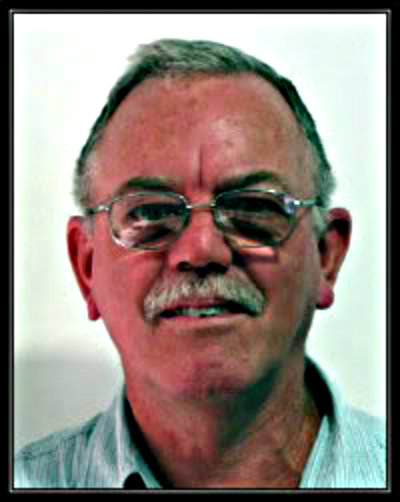 Grantley William Hofmeyer was born on 7 December, 1947 at North Adelaide to his late parents Howard and Lucy Hofmeyer. Grant went to the old Blackwood Primary School and then attended Blackwood High School in 1961.

He started his Printing Machining Apprenticeship with Leal Printers in Victoria Square on 18 February, 1964. Leal Printers (run by Kenneth James Leal) were well known for printing Adelaide’s bus and tram tickets with a “thought for the day” on the back. They also did bank cheques and security work.

Grant started at the Old Guv on KWR, in March, 1969 as a tradesman printer. Allan Morris was the Overseer at the time and he showed Grant around but Frank Johnson was “in the Chair” by the time Grant started.

He married ex wife Elizabeth and they produced two good blokes as sons. Samuel has two daughters with wife Steph and they live in Canada.

His other son Philip and wife Laura live at Norton Summit and had their first child on 7 November, a baby girl, Olivia Jane. He has two surviving sisters Helen at Parkside and Janice at Goolwa.

A humble Grant says his only claims to fame at the Guv were inventing the name “Topical Points” for the in-house magazine and serving as the Association Machine Room Rep.

Outside of work he was awarded the Australia Medal for services to Fire Service Training. He was good mates with Rick Bell (Maintenance) and worked alongside the legend Jackie Veitch.

Grant worked at KWR for four years and at Netley for just six months. After leaving the Guv he moved on to Coffey Printing Services, Collotype Labels, Holdfast Press and Murray Kwik Print.

Our hero has worked for some very strange bosses (it’s true). He says his best boss was Norm Mitchell at Holdfast Press.

He ran the National Printing Industry Training Council for a number of years. He was progressive which put him at odds with some of the more conservative and unreasonable voices on the Council.

But despite these obstacles Grant Hofmeyer achieved a huge amount for the training of young people in our industry.

Grant has been living happily in the Northern Territory for the past 15 years. In Darwin he worked in the Occupational Health and Safety Training Industry and retired in 2013.

He was “born to be a Printer and a Legend.”