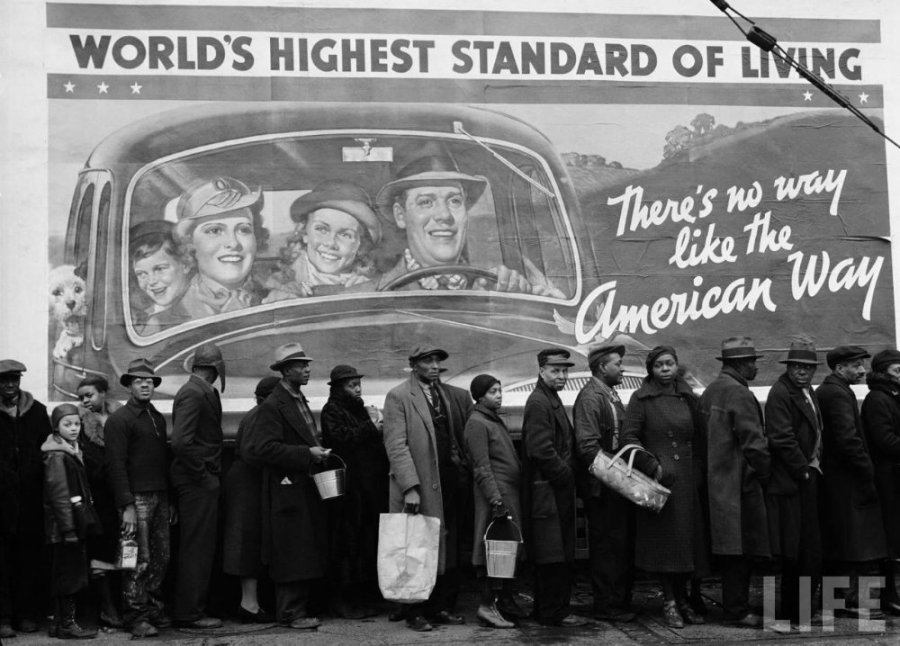 After nearly a decade of optimism and prosperity, the United States was thrown into despair on Black Tuesday, October 29, 1929, the day the stock market crashed and the official beginning of the Great Depression.

As stock prices plummeted with no hope of recovery, panic struck. Masses and masses of people tried to sell their stock, but no one was buying. The stock market, which had appeared to be the surest way to become rich, quickly became the path to bankruptcy.

And yet, the Stock Market Crash was just the beginning.

Seeing a few banks close caused another panic across the country. Afraid they would lose their own savings, people rushed to banks that were still open to withdraw their money.

This massive withdrawal of cash caused additional banks to close. Since there was no way for a bank’s clients to recover any of their savings once the bank had closed, those who didn’t reach the bank in time also became bankrupt.

Businesses and industry were also affected. Having lost much of their own capital in either the Stock Market Crash or the bank closures, many businesses started cutting back their workers’ hours or wages.

In turn, consumers began to curb their spending, refraining from purchasing such things as luxury goods.

This lack of consumer spending caused additional businesses to cut back wages or, more drastically, to lay off some of their workers.

Some businesses couldn’t stay open even with these cuts and soon closed their doors, leaving all their workers unemployed.