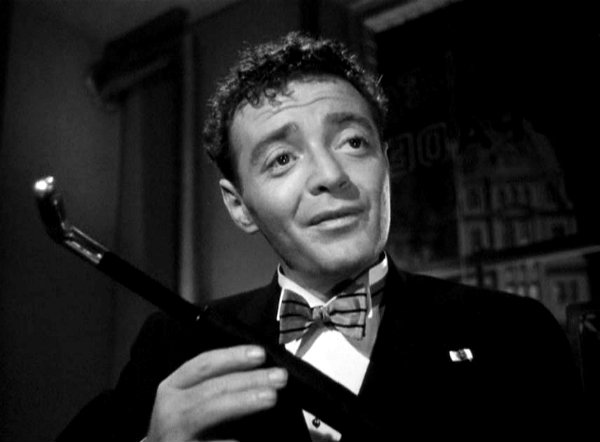 Photo: Peter Lorre as he appeared in the Maltese Falcon.

He was born László Lowenstein in Rosenberg, Hungary.

Briefly a bank clerk before studying acting in Vienna and then performing throughout the German-speaking world, the 5ft 3in, saucer-eyed Lorre found enduring fame in Berlin under the auspices of two of Weimar’s greatest artists. Bertolt Brecht cast him in Mann ist Mann and acclaimed him as the finest actor in European theatre.

Fritz Lang gave him the complex central role of the sympathetic child murderer in M (1931), one of the greatest films ever made.

The rise of the Nazis compelled the Jewish Lorre to quit Germany. He progressed to Hollywood via Britain, where he played the neurotic heavy in Hitchcock’s The Man Who Knew Too Much (1934). In 1935, Chaplin called him “the best actor in the world”.

Thereafter, he was in constant demand as a character actor, usually playing supporting roles in big-budget films (his crazy surgeon in Karl Freund’s Mad Love and his Raskolnikov in Josef von Sternberg’s Crime and Punishment, both 1935, are exceptions).

He often took the lead in B-features, most significantly reprising his serial killer from M in Stranger on the Third Floor (1940), the first authentic Hollywood film noir.

In 1941, he played the effeminate crook Joel Cairo in John Huston’s The Maltese Falcon, the first of eight movies in which he worked with his friend Sydney Greenstreet, though in the most famous of these, Casablanca, they don’t actually meet.

They had their names above the title in the splendid period thriller The Verdict (1946), the directorial debut of Don Siegel.

He could play comic and serious while remaining just as sinister, and his lightness of touch was revealed working with Cary Grant in Arsenic and Old Lace (1944).

His most serious role in the postwar years was in the rarely seen Der Verlorene (alias The Lost One, 1951), his only film as writer-director. The movie was a financial disaster and he’d just undergone a cure for drug addiction brought about by the morphine prescribed for a back injury.

His shortage of money drove him to tour the British music halls and I caught his half-hour act at the Bristol Hippodrome. It consisted of a monologue mocking his screen persona, followed by a riveting performance of Poe’s The Tell-Tale Heart.

This was no doubt good preparation for the low-budget Poe movies produced in the 1960s by Roger Corman, in which Lorre starred with Vincent Price.

It is believed that Lorre said to Vincent Price at Bela Lugosi’s funeral “Do you think we should drive a stake through his heart, just in case?”