Thousands of revelers painted the town red as they took part in the La Tomatina festival in Bunol, Spain.

Check out all the action from the annual tomato food fight. 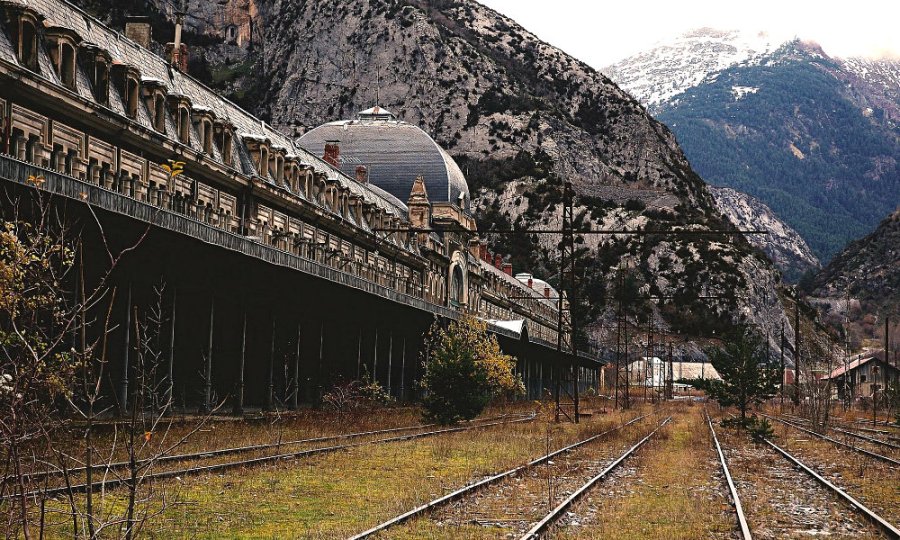 Opened in 1928, it was the stunning centrepiece of the line between Béarn and Aragon, across the French-Spanish border.

But in 1970 a runaway train destroyed a bridge on the French side.

They decided not to rebuild it, and as a result the station was abandoned.

See more via Pretty vacant: the glory of abandoned spaces | Art and design | The Guardian 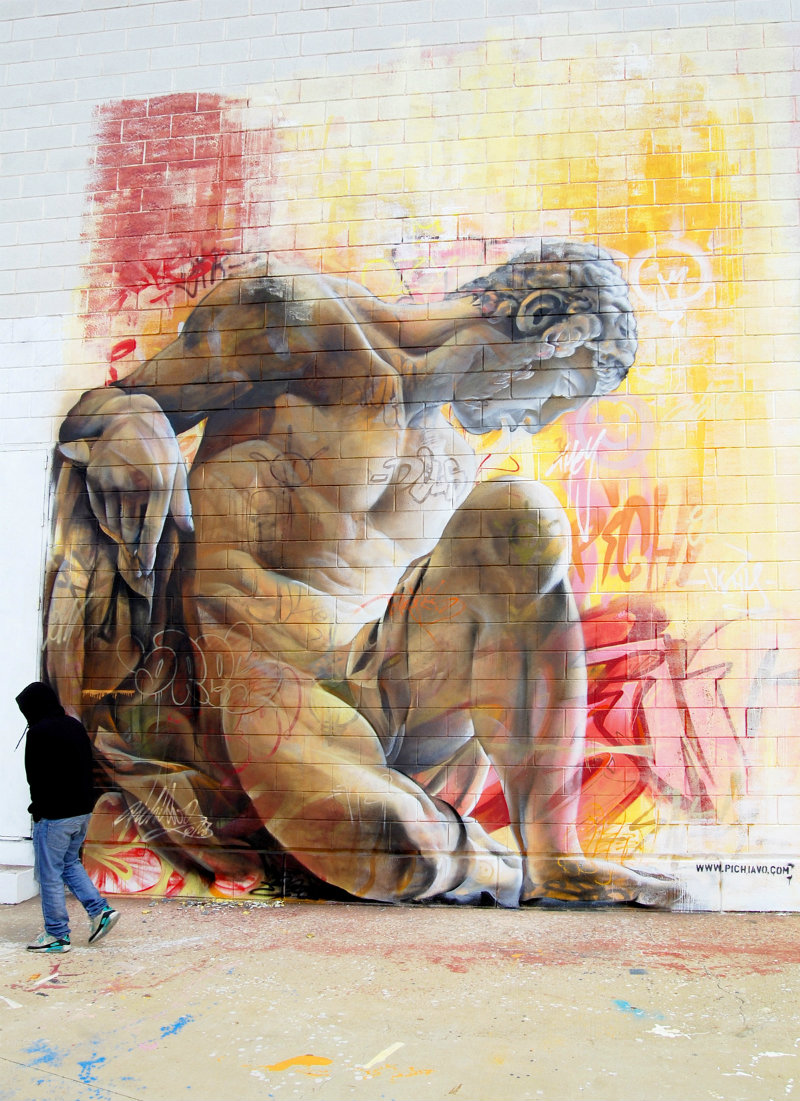 The precision, shading, and use of color is all that more impressive considering each piece is painted only with spray paint. 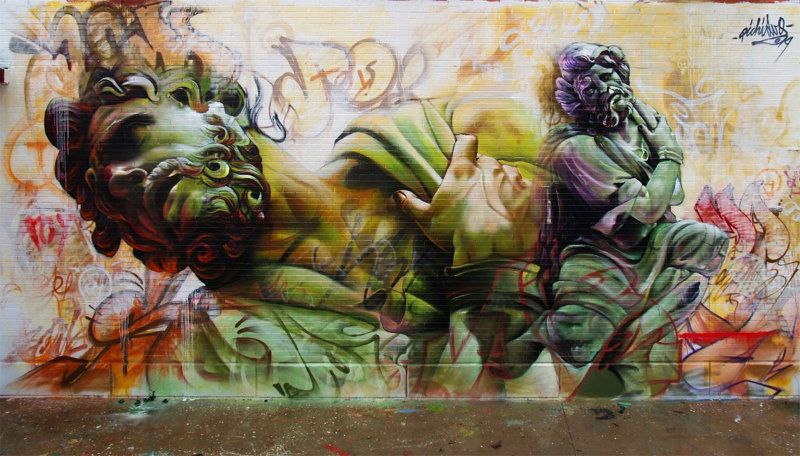 You can see more of their work here. (via Illusion, Graff Crew, UrbaNNerding, I Support Street Art)

See more via Murals of Greek Gods Rendered Against a Chaotic Backdrop of Graffiti by Pichi & Avo | Colossal. 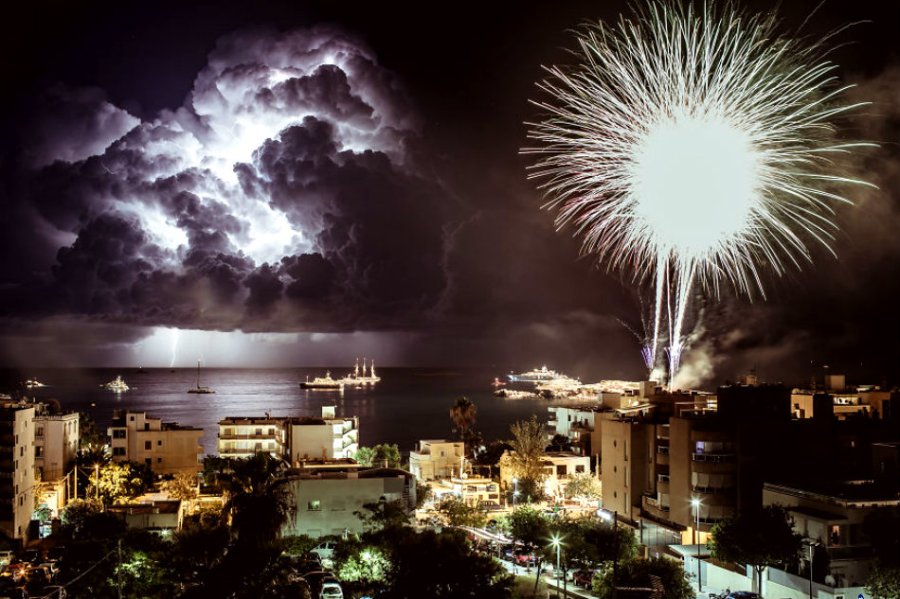 He captured the moment that Mother Nature upstaged a fireworks display with her very own “lightening” show.

The Ibiza-based photographer captured this spectacular “man vs nature” moment, from his roof terrace in Figueretas during the Assumption of Mary Bank Holiday celebrations.

Commenting on his photo, Justin says: “I went outside to the sound of fireworks and was blown away by the storm in the distance.

It was an awesome display from both man and nature, so I grabbed my camera to capture this dramatic image”.

Justin took a photo with long exposure and added a few adjustments to the curves, cropped and sharpened to create the final image.

via Man Vs Nature: Photographer Captures Incredible Moment During The Storm In Ibiza | Bored Panda.

Manuel Roger is a talented self taught photographer based in Madrid, Spain, who specialises in producing  beautiful shots of landscapes, windmills, sunsets, rural scenes and cloud photography. 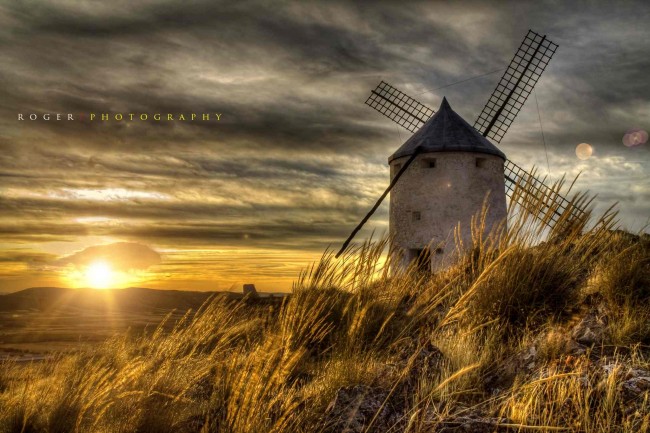 via Landscape Photography by Manuel Roger » Design You Trust. Design and Beyond..

Revelers run with Torrestrella’s fighting bulls along the Calle Estafeta during the second day of the San Fermin Running Of The Bulls festival on July 7, 2014 in Pamplona, Spain. (Pablo Blazquez Dominguez/Getty Images)

The history of the bullrunning in Pamplona is not clear. There is evidence of the festival from as far back as the 13th century when it seems the events took place in October as this coincided with the festival of San Fermin on October 10th.

It seems that the modern day celebration has evolved from this as well as individual commercial and bullfighting fiestas which can be traced back to the 14th century.

Over many years the mainly religious festival of San Fermin was diluted by music, dancing, bullfights and markets such that the Pamplona Council proposed that the whole event be moved to July 7th when the weather is far more conducive to such a celebration.

To this day San Fermin remains a fixed date every year with the first bullrun at 8am on July 7th and the last at the same time on July 14.

The joining together of the religious, commercial and bullfighting festivals and the move to July 7th led to the first official celebration of San Fermines in 1591.

This inaugural fiesta was a low key affair in comparison to the modern day running of the bulls as it only lasted two days although there was much merriment involving music, a procession and a bullfight.

via Running of the Bulls in Pamplona | San Fermin.

A UNIVERSITY academic has brought the colourful world of Spanish graffiti art to North Staffordshire as part of his latest research.

He traveled to Barcelona, Valencia and Madrid for the project, talking to artists themselves and chronicling the different ways they turned streets into public art galleries.

Now Andy has launched an exhibition at Keele University, which shows around 120 photographs of the artwork he found on his travels.

The 50-year-old Keele lecturer said: “There are some stunning images. Graffiti artists see their work as a way of reclaiming a community or urban space from commerce. Most of the artists paint in their own neighbourhoods”.

“In Spain, there is a history of using the walls as message boards.”

Graffiti is often seen as a form of ‘tagging’ buildings, with artists sometimes even signing their names or using distinctive styles, just like Britain’s Banksy.

It can often cover political themes, ranging from anti-racism and sexual politics through to people protesting against Spain’s austerity measures.

But many images are just drawn for the enjoyment of the art itself.

A lone pedestrian shelters from the rain under an umbrella as he walks through the ancient entrance gate of the old city of Pamplona during a cold winter morning, in Northern Spain, 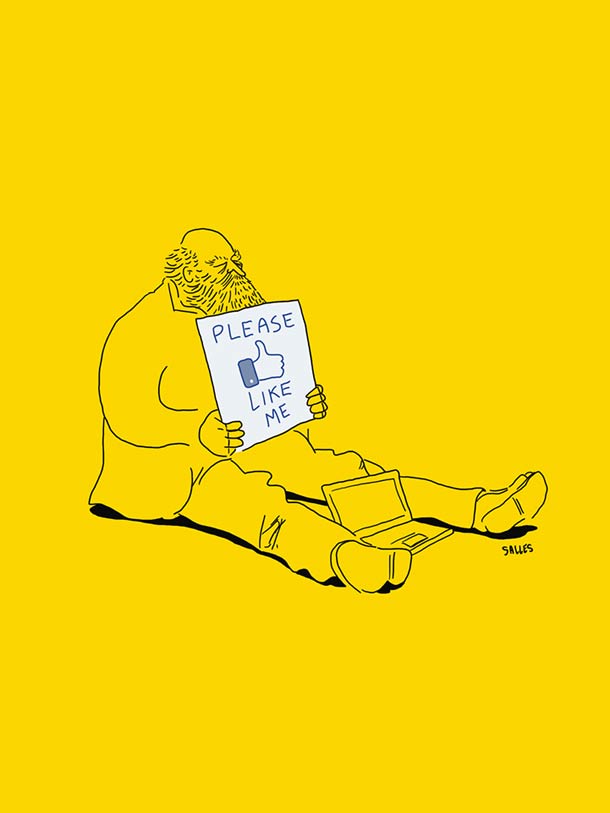 The yawning caves near the town of Zugarramurdi in northern Spain may not be covered in impressive rock formations, but the cavernous space has long been rumored to have been home to witchcraft and other pagan practices that were once the focus of the largest single witch trial in history.

According to popular belief, during the 17th century (and before) these wide rock enclosures were witness to bonfires, wild parties, and other generally pagan festivities staged by the town locals.

The caves themselves were carved by the Olabidea stream which is said to originate in Hell itself, which may be where the stories of witchcraft began. However the haunting space could easily be taken for a hotbed of black magic via its atmosphere alone.

Whether true or not, the caves and the town of Zugarramurdi caught the attention of the Spanish Inquisition’s witch hunters who investigated the area and identified a number of citizens who were tried at the largest witch trial in history (over 7,000 cases were seen).

A number of the accused were put to death and the town and its large caves were forever associated with the dark arts. 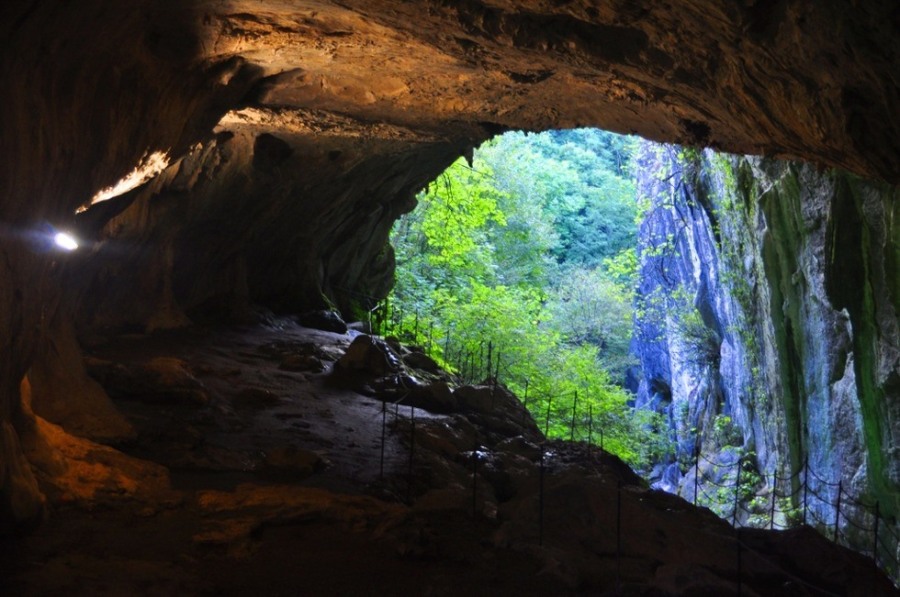 Today the town embraces this legacy and in addition to establishing a Witch Museum, the town holds a raucous yearly feast in the Cave of Zugarramurdi.

Every year, around the time of the summer solstice (a pagan holiday) scores of lamb are roasted on spits in the traditional manner and bonfires are lit in and around the cave.

Hundreds of people flock to the event to celebrate the area’s supposed occult history, and thankfully not one of them is burned at the stake.