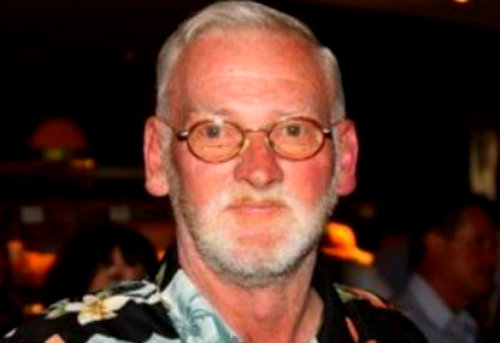 It’s the one and only Alan Maynard, Cricket Club Legend.

After a lot of shifting around as a lad, he eventually settled in Adelaide where he worked for the Christies Meat Store in the City Centre as a trainee butcher and smallgoods maker.

During this time he was actively involved with the GPD Cricket Club and was a star performer (for all the wrong reasons) on the Melbourne Trips.

One of my fondest memories of Alan was watching him desperately crawling down the cricket pitch at the Plympton Oval in a vain attempt to avoid being runout!