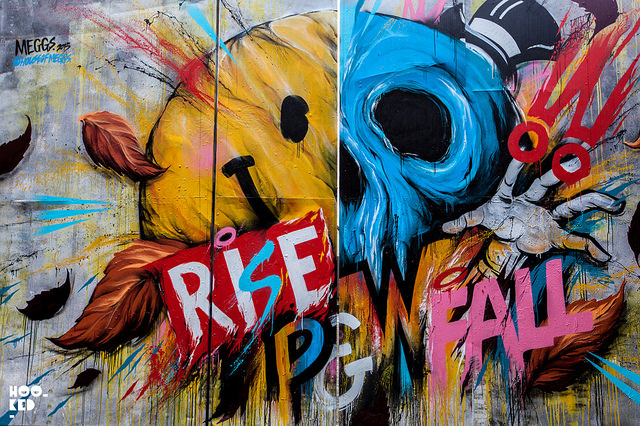 Los Angeles based Australian artist, David “Meggs” Hooke was in London to present an exhibition titled ‘Rise & Fall’ the new body of work from the artist follows on from his residency and sold-out show at Inner State Gallery in Detroit where he painted his largest mural to date at over 6,000 square feet. 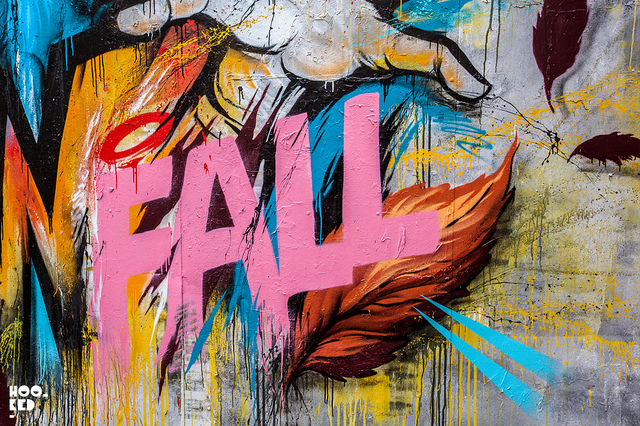 To coincide with his show, Meggs took to the streets of London to create this Rise & Fall mural.

While no where near the scale of his Detroit piece, the London mural was no less impressive.

The mural can be found on Buxton Street in East London.