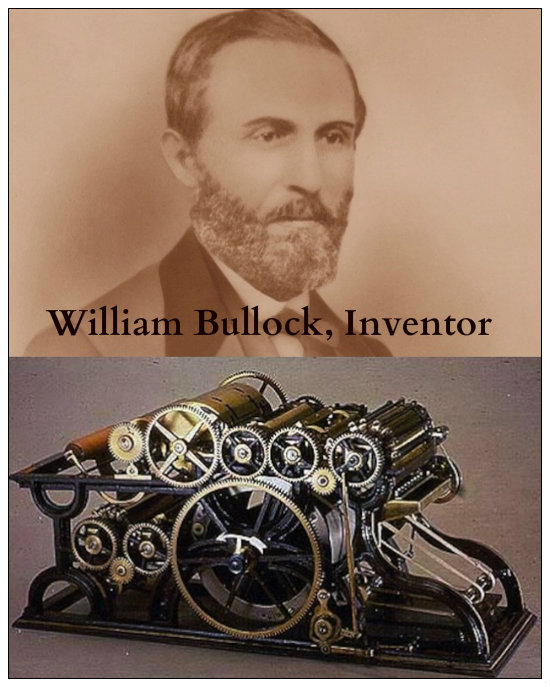 On 3rd April, 1867, William Bullock, an American inventor – whose 1863 invention of the web rotary printing press helped revolutionize the newspaper printing industry due to its great speed and efficiency – was making adjustments to one of his new presses.

Bullock tried to kick an unguarded drive belt onto a pulley.

However, his leg was crushed when it became caught in the machine.

After a few days, Bullock developed gangrene in his leg.

On 12th April, 1867, Bullock the Inventor died in Pittsburgh, Pennsylvania during an operation to amputate his gangrenous leg.

He joined a select company of individuals who have been killed by their own inventions.

One thought on “W. Bullock was killed by his invention the Web Rotary Press, 1867.”