To do so, Alinari announced a competition for Italian artists: each competitor had to send illustrations of at least two cantos of the epic poem, which would result in one winner and a public exhibition of the drawings.

Among the competitors were Alberto Zardo, Armando Spadini, Ernesto Bellandi, and Alberto Martini. 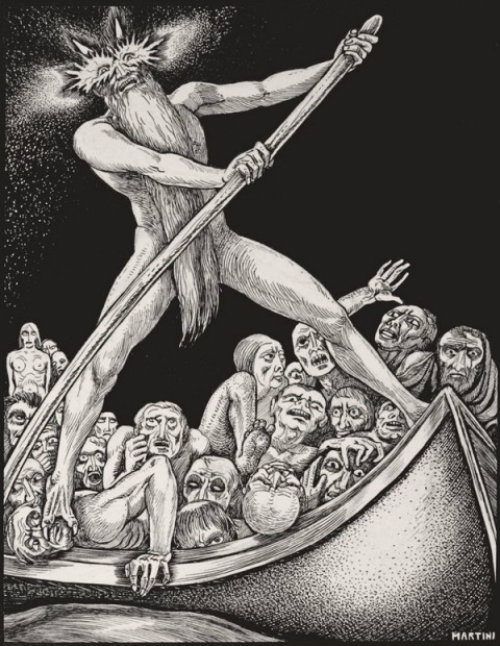 While Martini did not win the competition, he, as Vittorio Sgarbi wrote in his foreword to Martini’s La Divina Commedia, “seemed born to illustrate the Divine Comedy.”

The 1901 contest was followed by two more sets of illustrations between 1922 and 1944, which produced altogether almost 300 works in a wide range of styles, including pencil and ink to the watercolor tables painted between 1943 and 1944.

While repeatedly rejected publication during his lifetime, a comprehensive edition of Martini’s La Divinia Commedia is available today.