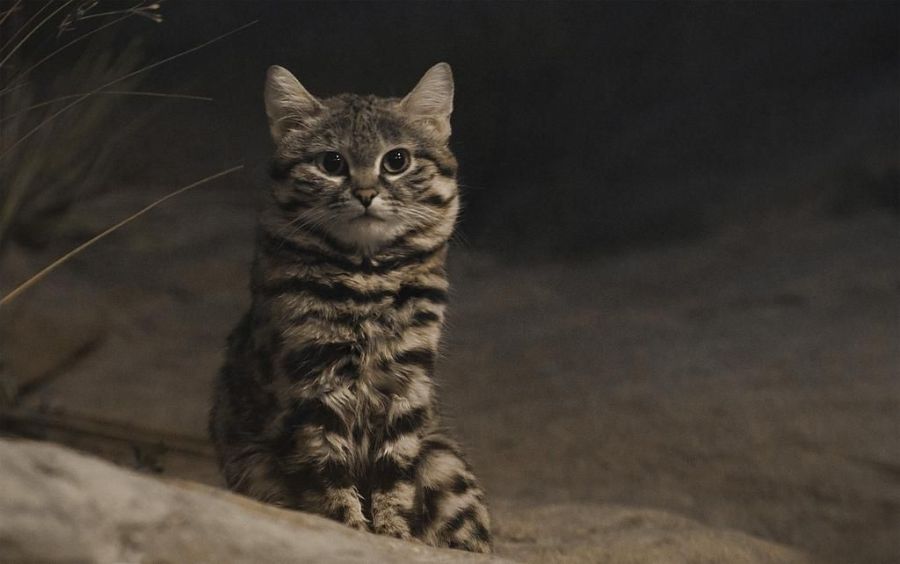 But though the speckled feline is unequivocally adorable, a vicious, adept killer lies beneath its charming exterior.

Felis nigripes, as the black-footed feline is formally named, is, in fact, Africa’s smallest cat. To give you some perspective on that statistic, the black-footed cat, which averages 2.4 t0 4.2 pounds, weighs roughly 200 times less than your typical lion.

Still, don’t be fooled by its demure stature—the species is also the deadliest of all the world’s felines, capturing more prey in a single night than a leopard does in six months.

As Live Science’s Mindy Weisberger reports, ​the cat’s skills were featured in the ongoing PBS Nature miniseries “Super Cats,” which spotlighted the tiny predator in a suitably creepy Halloween installment.

Producer Gavin Boyland tells Weisberger that the filmmakers worked with Cologne Zoo curator Alexander Sliwa to secure footage of the elusive feline. Unlike big cats, the black-footed cat tends to disappear into the tall grasses of the African savannah, making its exploits difficult to track via camera.

Luckily, the zoo had previously outfitted several South African-based cats with radio collars, allowing the team to detect their nocturnal hunts with the help of an advanced light-sensitive camera.

The segment itself focuses on a female cat named Gyra. Narrator F. Murray Abraham explains the cat’s excellent night vision and hearing turns “almost anything that moves…[into] a potential meal.”