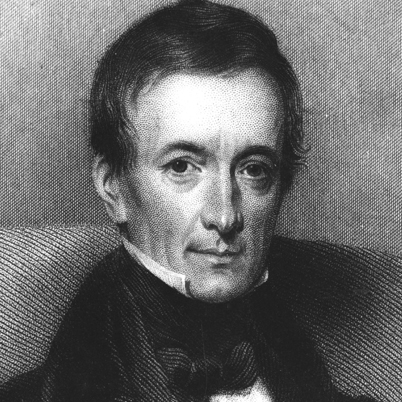 Peter Mark Roget was born on 18 January 1779 in London, the son of a Swiss clergyman. He studied medicine at Edinburgh University and graduated in 1798.

As a young doctor he published works on tuberculosis and on the effects of nitrous oxide, known as ‘laughing gas’, then used as an anaesthetic.

Roget worked in Bristol and in Manchester and for a time was a private tutor, travelling with his charges to Europe.

In 1808, he moved to London and continued to lecture on medical topics.

He was made a fellow of the Royal Society and from 1827 to 1848 served as its secretary.

In 1814, he invented a slide rule to calculate the roots and powers of numbers. This formed the basis of slide rules that were common currency in schools and universities until the age of the calculator.

Later in his life, he attempted to construct a calculating machine. He also wrote on a wide range of topics.

In 1840, Roget effectively retired from medicine and spent the rest of his life on the project that has made his name, ‘Roget’s Thesaurus of English Words and Phrase’, which was a dictionary of synonyms.

As early as 1805 he had compiled, for his own personal use, a small indexed catalogue of words which he used to enhance his prolific writing.

His thesaurus was published in 1852 and has never been out of print.

One thought on “Increase Word Power with Roget’s Thesaurus.”