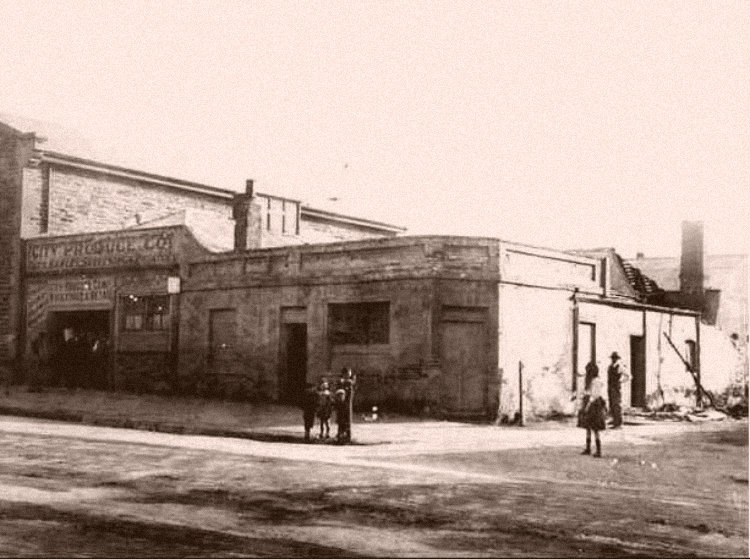 A publican, the first hotel he took over was the Albion Hotel located on Morphett Street and his first order of business was to hold a Grand Opening Ball on 26 December 1864.

George continued with the licence to run the Albion until it was transferred to John Lamb on 13 June 1866.

While some early pubs were substantial structures with several public rooms, away from main city streets the pub could be a private home with one room set up as a bar and one for overnight guests.

From the 1850s pub facades began to resemble shop fronts, but interiors changed little until the late 1860s when the Licensing Bench demanded minimal room sizes and numbers of rooms.

Pub styles reached their zenith between the late 1870s and 1910, by which time most pre-1860 pubs had been rebuilt or new ones established.

Usually Italianate, with shady balconies and verandahs with balustrades of ornate cast iron, these hotels have contributed significantly to Adelaide’s townscape.

6 thoughts on “The Albion Hotel, Adelaide.”