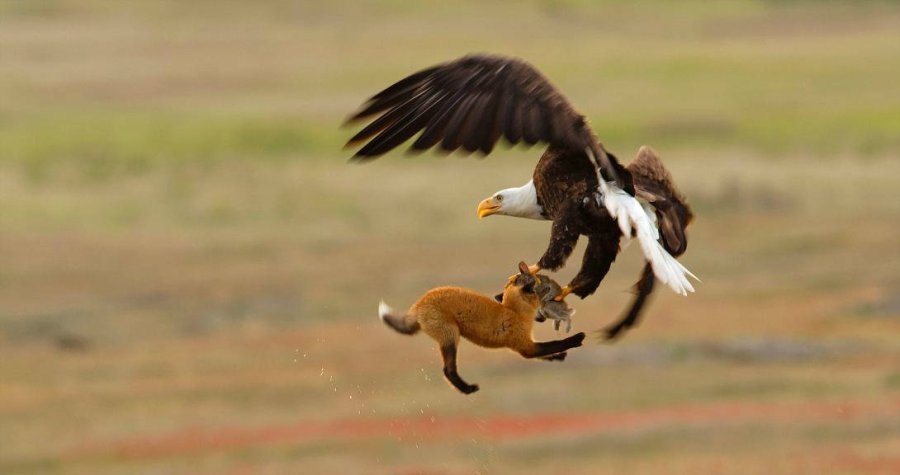 Story Behind the Shot: I had spent the day photographing foxes and was panning with this kitten running with its prey when an unmistakable cry made me look up.

I just knew the eagle swooping our way was after the fox’s rabbit.

I expected to have only a split second to capture the theft in one explosive frame; instead the eagle snagged the fox and rabbit, carrying both 20 feet off the ground.

After eight seconds it dropped the fox, seemingly unharmed, and flew away with its stolen dinner.

Bird Lore: Bald Eagles eat pretty much anything they want to. Their penchant for dining on carrion may seem less than regal, but they are also powerful predators and pirates.

They capture a wide variety of fish, mammals, and birds, and don’t hesitate to steal others’ prey.