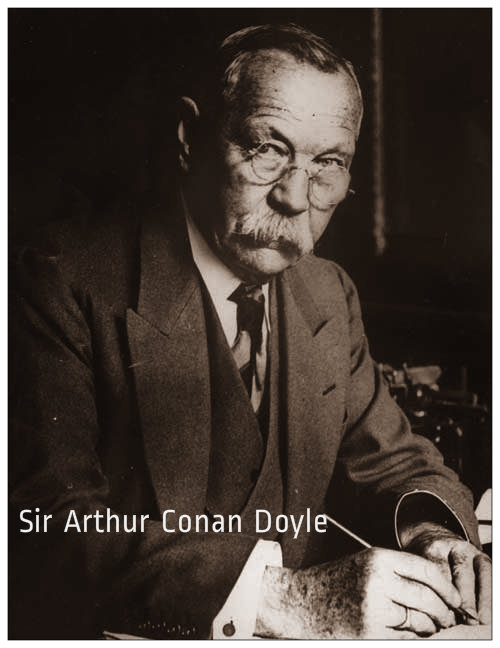 The inspiration for the character of Sherlock Holmes.

Doyle said that the character of Sherlock Holmes was inspired by Dr. Joseph Bell, a surgeon at the Royal Infirmary of Edinburgh for whom Doyle had worked as a clerk.

Like Holmes, Bell was noted for drawing large conclusions from the smallest observations.

However, some years later Bell wrote in a letter to Conan Doyle: “You (meaning Conan Doyle) are yourself Sherlock Holmes and well you know it.”

Sir Henry Littlejohn, Chair of Medical Jurisprudence at the University of Edinburgh Medical School, is also cited as an inspiration for Holmes. Littlejohn served as Police Surgeon and Medical Officer of Health of Edinburgh, providing for Doyle a link between medical investigation and the detection of crime.