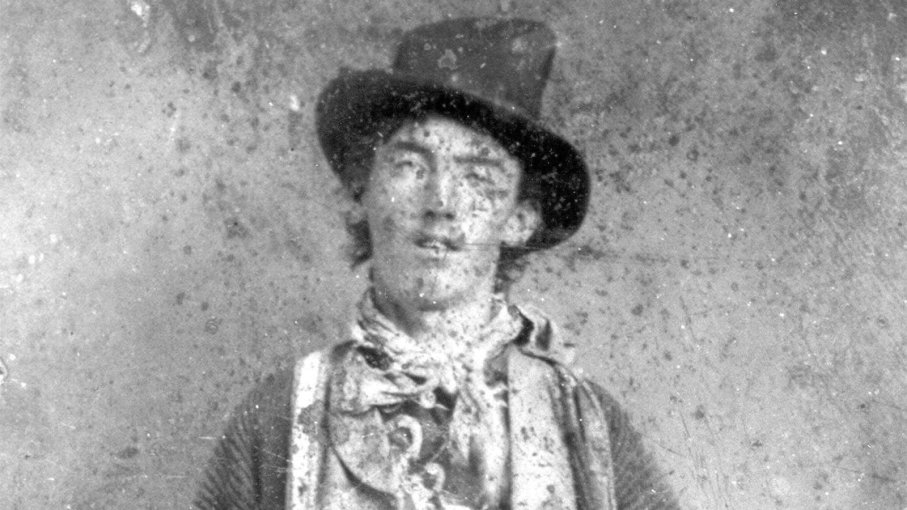 William Henry McCarty Jr., aka Billy the Kid, born in 1859, was killed in an ambush by Sheriff Pat Garrett in Fort Sumner, New Mexico, in 1881.

Sheriff Pat Garrett would later claim that on the night he shot down Billy the Kid, the notorious outlaw was holding a gun.

But the account Garrett gave of that night in his biography of Billy the Kid is odd, to say the least.

The date was July 14, 1881, and Billy had been a fugitive for months. Acting on a tip, Garrett had tracked Billy to Fort Sumner, New Mexico and entered the home of his acquaintance Peter Maxwell. Garrett found Maxwell asleep.

The sheriff sat down on the bed, roused Maxwell and asked him the whereabouts of Billy. Remarkably, at that precise moment a shadowy figure entered the room, having nearly stepped on Garrett’s two assistants who were lurking outside the door. It was Billy.

He was carrying a butcher’s knife and, allegedly, a gun. The knife was intended for carving a hunk of meat from a yearling Maxwell had recently butchered. You see, Billy was feeling peckish and in need of sustenance and had ventured over to Maxwell’s to secure the meat in question.

As Billy entered the dark room and moved to the head of the bed to speak with Maxwell, his eyes adjusted enough to note the presence of Garrett who was still sitting next to the supine Maxwell on the bed.

Billy jumped back nervously, aiming his gun at Garrett and saying in Spanish, “¿Quien es? ¿Quien es?” (Who is it? Who is it?) They were the last words Billy the Kid ever spoke.

Maxwell helpfully informed Garrett that this new visitor was none other than Billy the Kid, whispering, “That’s him.” Garrett drew his gun and fired.

Billy fell, struggled to breathe for a few moments, then expired. Garrett claimed Billy was 21 at the time but nobody knows for sure if that’s true.