What does space travel look like? Even now, in the 21st century, very, very few of us know first-hand. But we’ve all seen countless images from countless eras purporting to show us what it might look like.

As with anything imagined by man, someone had to render a convincing vision of space travel first, and that distinction may well go to 19th-century French illustrator Émile-Antoine Bayard who, perhaps not surprisingly, worked with Jules Verne.

Verne’s pioneering and prolific work in science fiction literature has kept him a household name, but Bayard’s may sound more obscure; still, we’ve all seen his artwork, or at least we’ve all seen the drawing of Cosette the orphan he did for Les Misérables.

“Readers of Jules Verne’s early science-fiction classic From the Earth to the Moon (De la terre à la lune) — which left the Baltimore Gun Club’s bullet-shaped projectile, along with its three passengers and dog, hurtling through space — had to wait a whole five years before learning the fate of its heroes,” says The Public Domain Review. 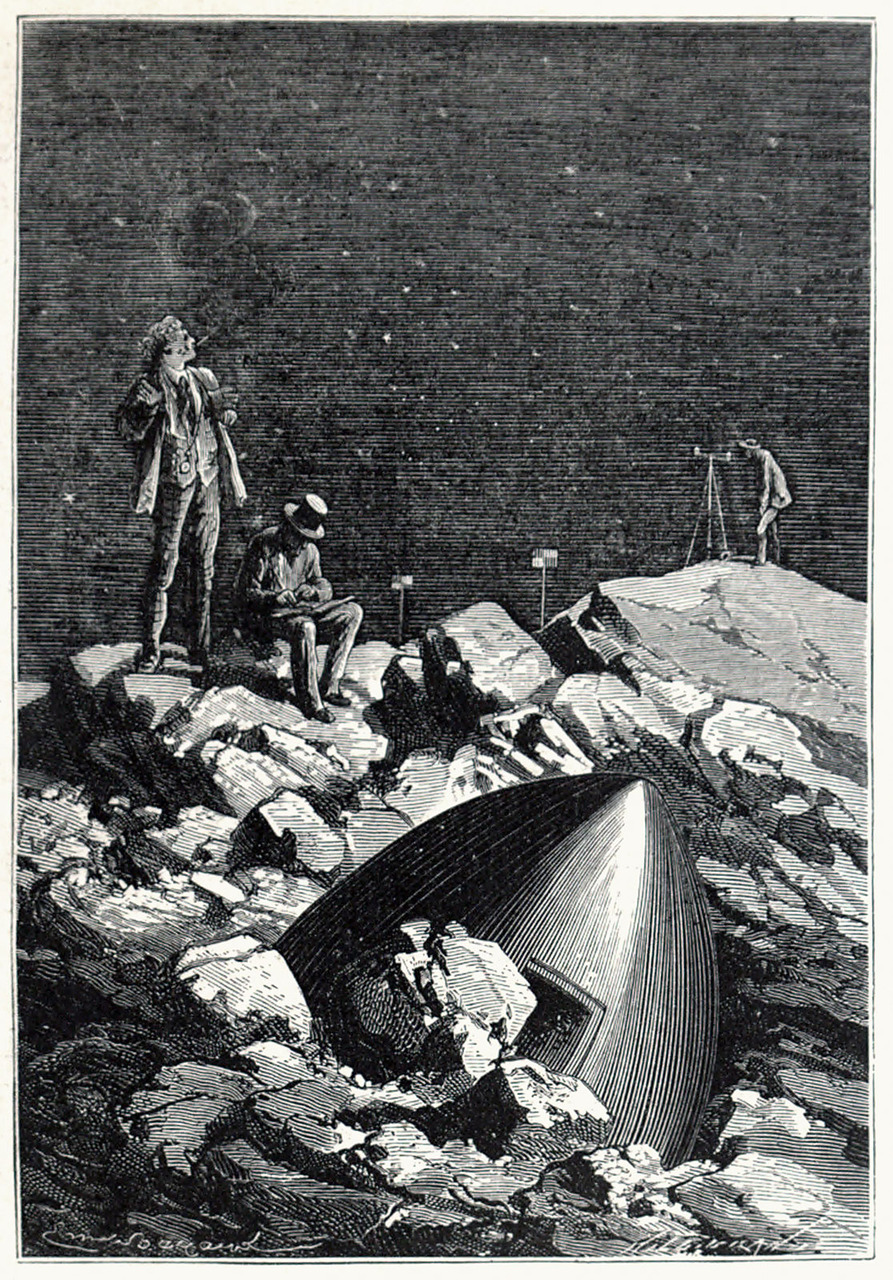 When it appeared, 1870’s Around the Moon (Autour de la Lune) offered not just “a fine continuation of the space adventure” but “a superb series of wood engravings to illustrate the tale” created by Bayard.

“There had been imaginary views of other worlds, and even of space flight before this,” writes Ron Miller in Space Art, “but until Verne’s book appeared, these views all had been heavily coloured by mysticism rather than science.