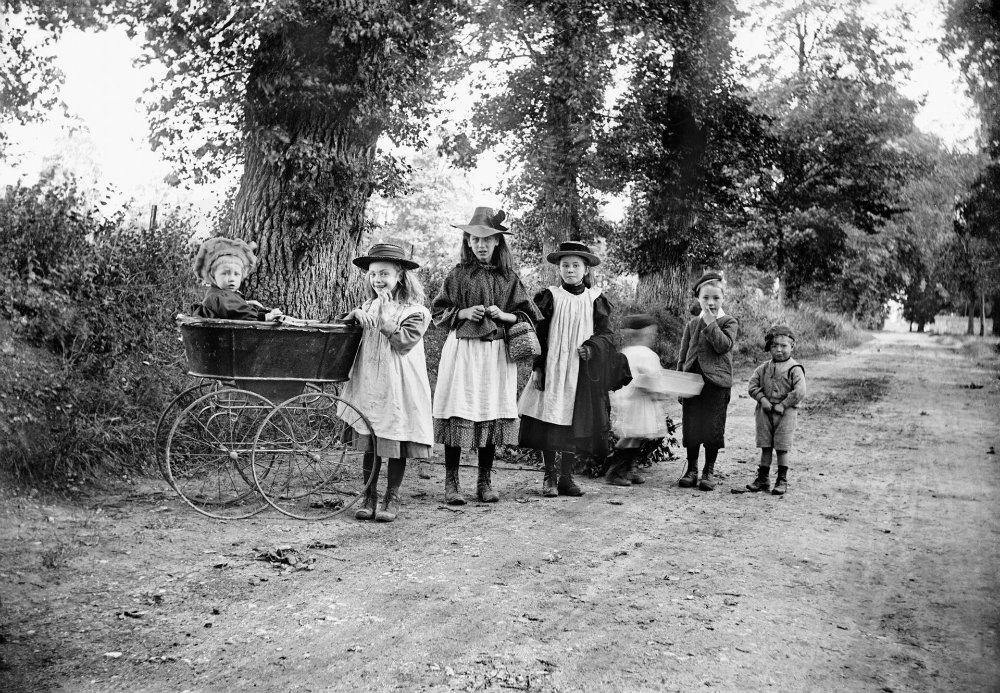 Children in a country lane in Dinton, Buckinghamshire in 1904.

Images of 19th- and 20th-century England show reality of rotting houses and poverty as well as grand old buildings.

The flooded Lake Street in New Hinksey, Oxfordshire in 1890.