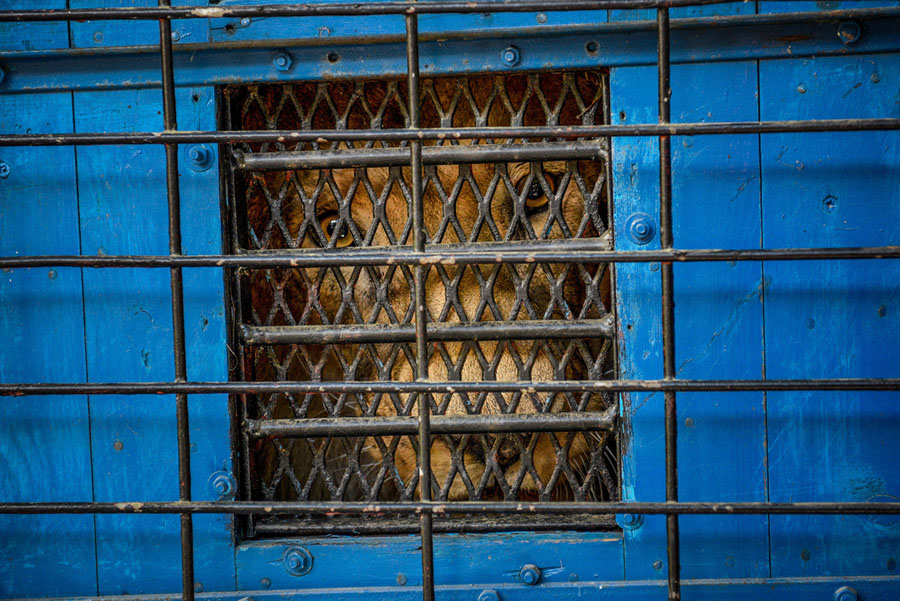 The 13-year-old lion Zhaku looks out from inside a transportation cage being loaded into a truck by the animal-welfare association Four Paws at Tirana Zoo in Albania in May, 2019, as part of a transfer, along with two other lions, to the Felida Big Cat Center in the Netherlands.

The three lions, rescued by Four Paws in October from a zoo where they were kept in deplorable conditions, were transported to the Netherlands, where they will be placed in an establishment imitating their natural habitat.