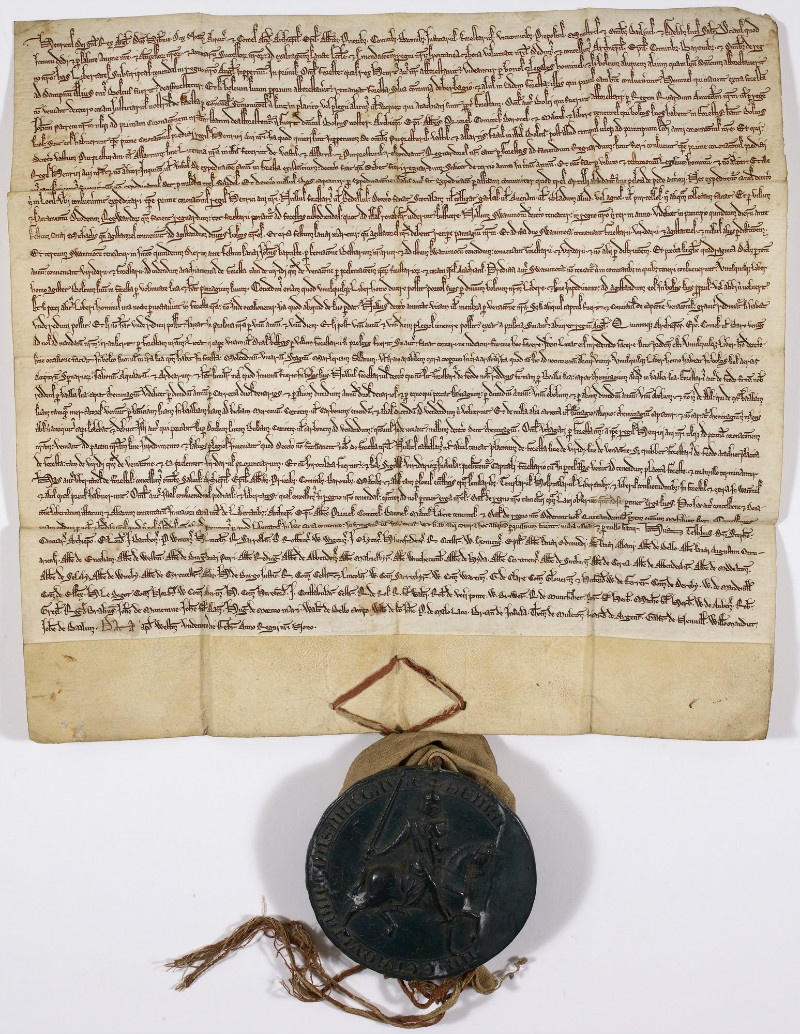 In 1217, King Henry III (r. 1216–72) issued a new version of Magna Carta, together with a new charter dealing with the royal forest. It was in a proclamation of February 1218 that the name ‘Magna Carta’ itself first appears, in order to distinguish the Great Charter from its shorter forest brother.

On 11 February 1225, at the same time as issuing the final and definitive version of Magna Carta, Henry likewise issued a new version of the Charter of the Forest. Thereafter ‘the Charters’, as they were called, were always linked together.

This example of the 1225 Forest Charter is one of three surviving originals. In substance, it is similar to the Forest Charter of 1217, but includes the statement about the granting of a tax in return for the charter, and the same long witness list, as in the 1225 Magna Carta.

Like Magna Carta, the 1225 Forest Charter was also sealed with the King’s Great Seal. This copy retains its original linen seal bag.

In John’s reign, roughly a third of the country was royal forest, and the penalties imposed for forest offences were a major source of revenue for the king.

One aim of the Forest Charter was to reduce the area of the royal forest by removing everything which King Henry II (chiefly blamed for the forest’s vast extent) had placed within it.

The Charter also banned capital punishments for forest offences (such as poaching and hunting the protected deer), and exempted those having woods within the forest from fines for erecting buildings and creating new arable land.

via The Forest Charter of 1225 – The British Library