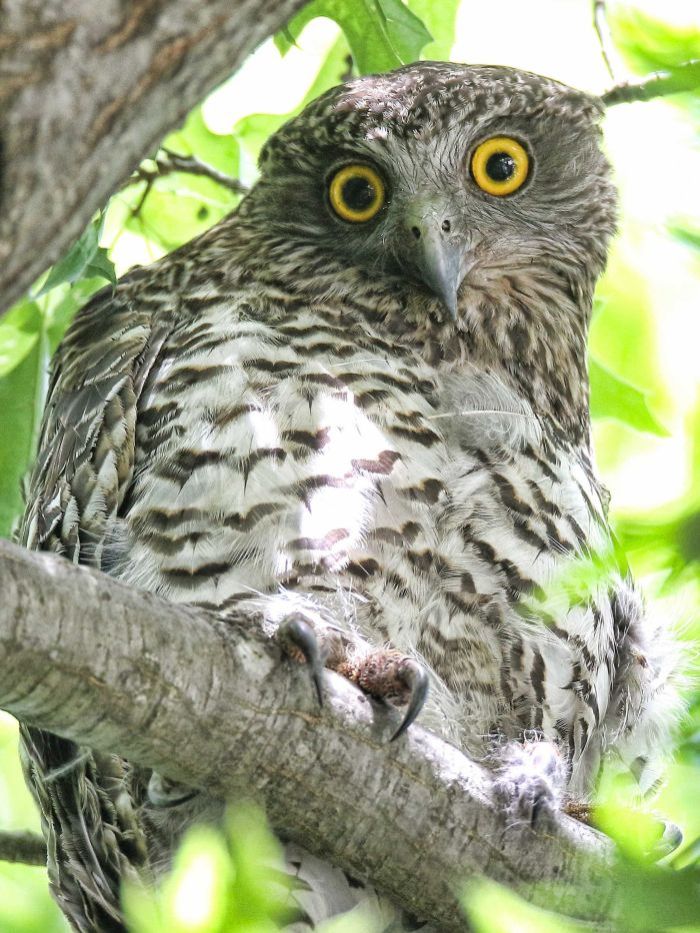 Bird enthusiasts are in a flutter after a rare sighting of Australia’s largest owl, the powerful owl, spotted devouring ringtail possums and sulphur-crested cockatoos in a suburban Canberra park.

The owl has taken up long-term residence in Haig Park near the CBD, and bird watchers from across the country and even overseas have flocked to catch a glimpse of it. 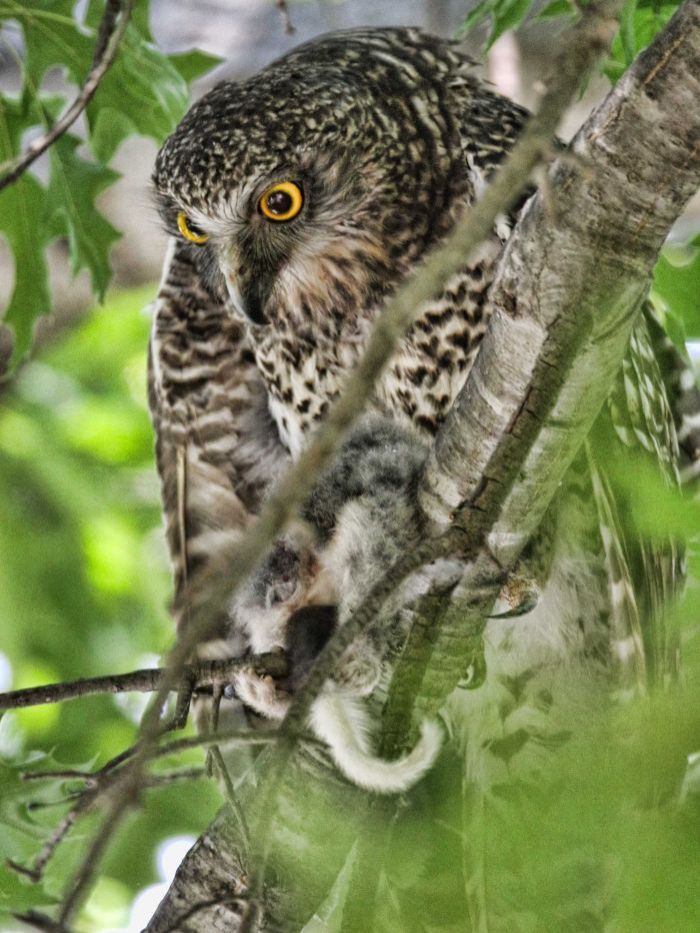 “It is classified as an apex predator, so what they will do is hunt a variety of food, mainly tree-dwelling mammals,” National Zoo and Aquarium senior keeper Brendan Sheean said.

2 thoughts on “The ‘Powerful Owl’ is a Top Predator.”