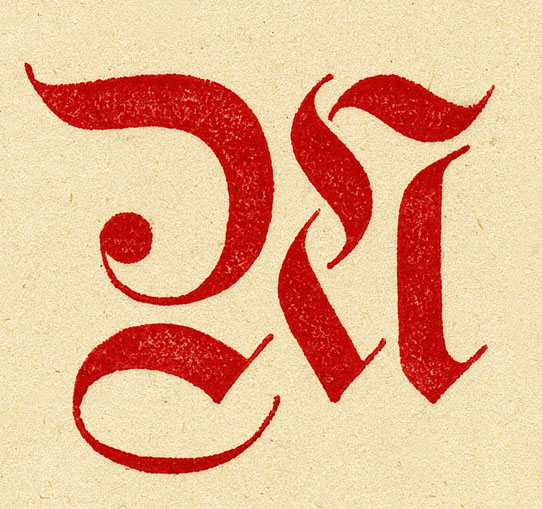 During the Victorian era, there was an explosion of elaborate typefaces, as foundries outdid themselves to keep up with the demand from printers for novel, splashy type.

The number and variety of imaginative typefaces generated from, say, 1870 to 1900 is astonishing. Many of them—most would agree—went too far, as type designers strove for innovation above all.

Many period fonts are difficult to decipher; some are virtually unreadable. 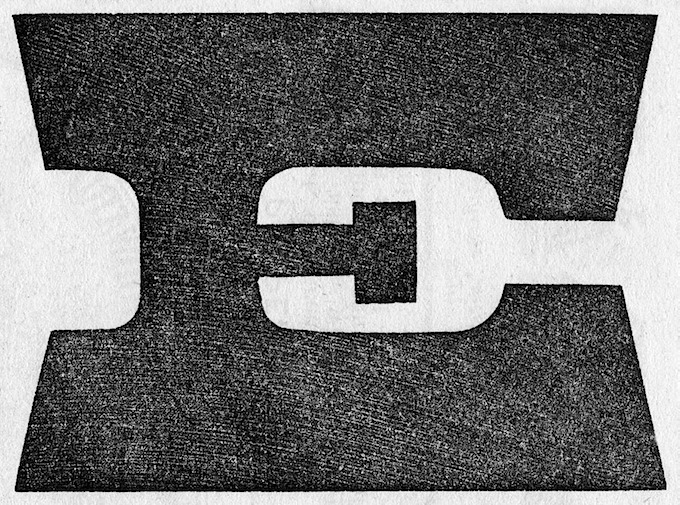 Wood type letter “E” from an advertisement in the October 20, 1883 issue of the newspaper, Weekly Drug News and American Pharmacist.

But those foundry offerings are not what concerns me here. Rather, I’ve been digging through the shoeboxes looking for examples of quirky, radical, idiosyncratic type usages, constructions (mostly) built by hand.

I’m looking at examples of extreme typography prior to 1900 or so . . . rather than at (equally interesting) later things like Russian Constructivism, Haight-Ashbury or Herb Lubalin.

Here, too, will be found some examples of type-only design solutions.

Guess what English language letter is intended by the red initial cap above (no, it is not in Yiddish)?