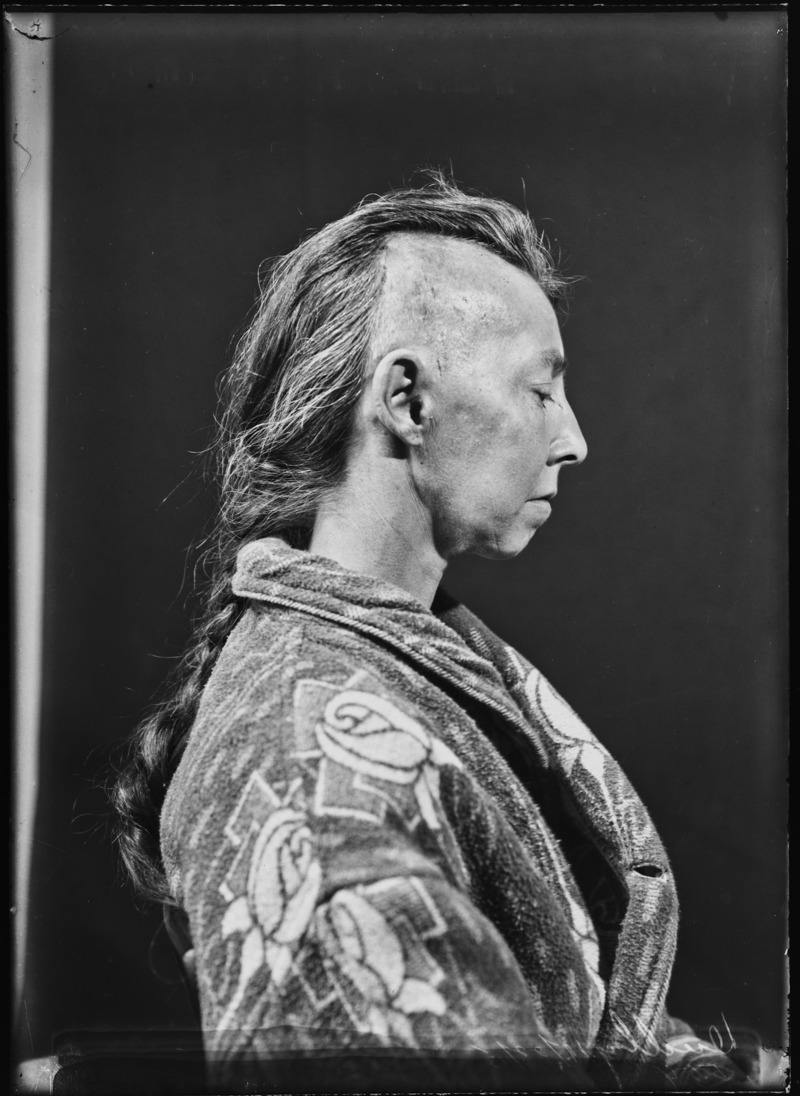 For more than three decades, two amazing relics of medical history lay rotting underneath a Yale University dorm—Dr. Harvey Cushing’s collection of brains, and his collection of patient photography.

The former has been given its own exhibition space in Harvey Cushing/John Hay Whitney Medical Library, Yale University, open to the public since 2010.

About 500 brains sit in the $1.4 million-dollar Cushing Center, carefully preserved in the leaden glass jars in which they arrived.

The 10,000 glass plates, though, have only just begun their journey to public consumption.

Its contents are finally beginning to be seen—the pictures in this story have only been digitized in the past year and they are published here for the first time. The images are staggering.

Babies with distended skulls sit on a mother’s knee.

Neat scars form patterns on patient skulls, like farmland seen from an airplane window. Often, the photos are taken in profile, or are a close-up of hands.

Some of the most bewitching pictures involve a patient staring at the camera head-on, with a directness rare in today’s selfie-strewn world.

They are amazing not because they were shot to be amazing.