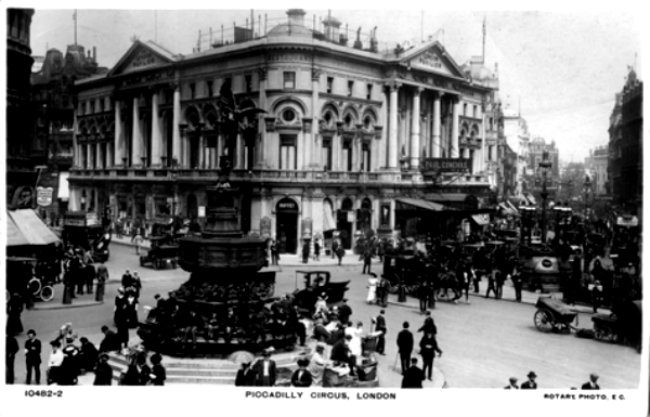 It was the first music hall deluxe with marble-topped tables

According to Charles Stuart and A.J. Park in The Variety Stage (1895) the rebuilding signalled a new era of variety theatre:

Hitherto the halls had borne unmistakable evidence of their origins, but the last vestiges of their old connections were now thrown aside, and they emerged in all the splendour of their new-born glory.

The highest efforts of the architect, the designer and the decorator were enlisted in their service, and the gaudy and tawdry music hall of the past gave way to the resplendent ‘theatre of varieties’ of the present day, with its classic exterior of marble and freestone, its lavishly appointed auditorium and its elegant and luxurious foyers and promenades brilliantly illuminated by myriad electric lights.

via The Ephemera Society