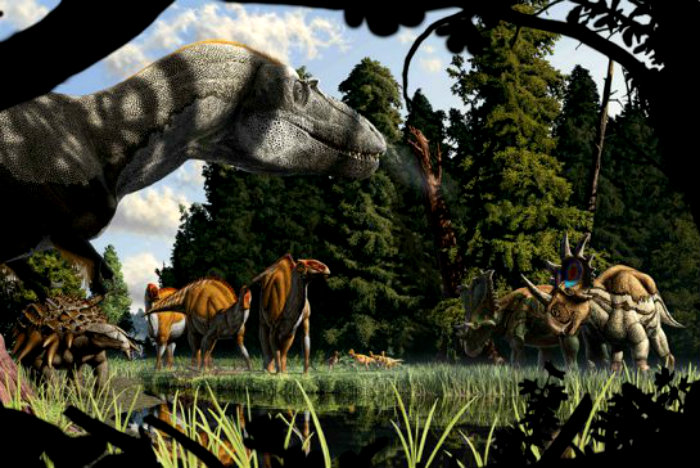 The works of Julius Csotonyi and Robert Nicholls feature in the book Dinosaur Art: The World’s Greatest Paleoart, images from which are found in the attached gallery.

Julius T. Csotonyi is a freelance natural history illustrator and palaeoartist based in Canada.

He has worked with many major museums and book publishers, including the National Geographic Society and the Royal Tyrrell Museum of Palaeontology.

His work encompasses dinosaurs and other prehistoric life, as well as living animals,

Robert Nicholls is a UK-based artist who produces unique and exciting palaeontological and archaeological artworks.

His illustrations, murals and 3D models are exhibited in many universities, museums, theme parks and attractions worldwide and appear in numerous books and journals.

Read on via Q&A: The world’s greatest palaeoart – Australian Geographic.