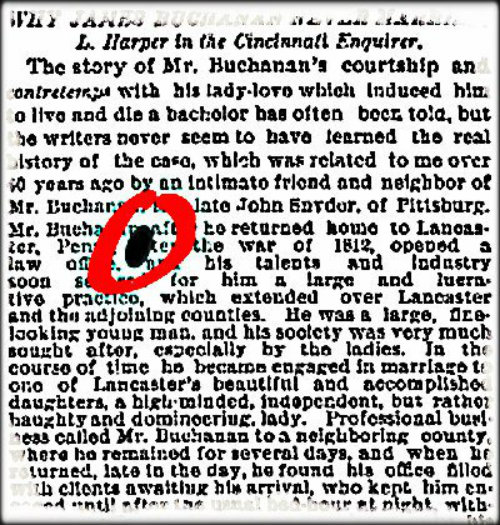 When teenagers, most of us knew a hickey was a bruise caused by hard sucking on skin, usually on the neck.

On Mondays, blokes and sheilas proudly displayed their ugly hickeys as indicators of intense passion and other things over the weekend.

It was a status symbol or a message saying “I dunnit” or “nearly dunnit”!

In printing, a hickey (also known as a bull’s eye or fish eye) is an ink spot or imperfection on a printed paper caused by dirt, hair, or ink scum.

When newspapers were “pasted up” by hand it was also common for extraneous strips of paper with text on them, or nothing on them, to get dropped onto what would become the printing plate—and their images would be printed.

I guess that’s a sort of a hickey too!

via Book Making: Don’t give your book a hickey.