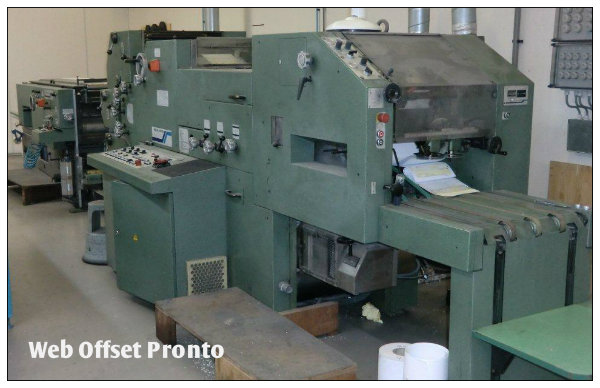 Hans Müller in Zofingen, Switzerland started manufacturing bookbinding equipment in 1946 under the name Grapha Maschinenfabrik. The first machine produced was a hand-fed saddle stitcher, later modernized by the “Swiss Girl” automatic feeder, which could be disengaged and tilted back when not in use. Grapha exhibited its first fully automatic saddle stitcher with in-line trimmer at Drupa in 1954.

During the same time, the company was working on the development of an adhesive binder.

In 1955, the company incorporated and changed its name to Grapha Maschinenfabrik Hans Müller A. G. That same year Muller sold its first machine in the United States. Other equipment was added, and in 1961 large-scale production of newspaper and magazine inserting machines was started.

As Muller expanded, new manufacturing, sales and service facilities were set up abroad. A United States subsidiary, the Hans Muller Corp. was established in 1967.

Martini joined the Muller organization in 1969. Founded by Friedrich von Martini, inventor of a precision rifle, Martini began manufacturing folding and stitching machines in 1850. Martini introduced its Book Sewing Machine in 1897, and more than 10,000 have been produced to date.

The Martini automobile, powered by a Martini-designed internal combustion engine, was also introduced in 1897. Automobile production stopped in 1934, when the company decided to concentrate on book binding equipment. Adhesive binding machines were developed by Martini in 1941.

Muller Martini developed its first offset web press for business forms in 1972 and is now a manufacturer of web presses for direct mail promotional graphics and commercial work.

At the same time, the company name was changed to Muller Martini Corp. A network of sales, product management and service personnel were also established throughout the United States with Regional Offices in the Atlanta, Chicago, and San Francisco areas.