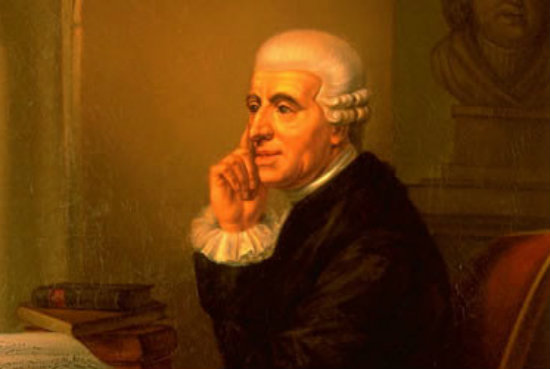 Joseph Haydn was one of the most prolific composers in the history of music, and one of the most influential. He was the man whose template gave us the symphony as we know it.

It certainly helped that his place of work was out in the country.

He was based in a small town called Eisenstadt, 50-odd kilometres from Vienna, which was the musical capital of the time. Haydn was the resident bandleader for the Esterházys, one of the wealthiest families in the Austrian empire.

With the finest of talent at his disposal in the in-house orchestra, and with no concerns about what everybody else was up to, Haydn could follow his instincts into new territory, and that is precisely what he did.

By the time his prosperous patron passed away, leaving the estate to a son who didn’t much fancy spending his money on music, Haydn had built up a formidable body of work that had made his name right across Europe.

London beckoned. By now, almost 60, he made his way there, en route catching his first sight of the sea! The English loved him, and he repaid their loyalty with 12 new symphonies that took his tally past a hundred.

Haydn ended his life in Vienna, where he produced his masterwork, The Creation.

Then the plot thickens, for something curious happened after he died at the age of 77 in 1809.

Some days after the funeral, a plot was hatched to steal Haydn’s head. There was a theory at the time that various aspects of an individual’s mental make-up could be determined by examining bumps on the skull. Phrenology was the name of this pseudo science.

Haydn was deemed a suitable case, because he was unquestionably a genius. So the local prison governor – whose own investigations into criminal behaviour gave him reason enough to test the theory – conspired with a former employee of the Esterházys.

They bribed a gravedigger, he opened the coffin, took off the head, and they took it away.

The theft only became apparent when plans were made to honour Haydn by removing his remains from the municipal ceremony where he’d been buried and reinterring them at the Esterházys’ country seat.

It didn’t take long to find out who was responsible, and they were pressed into returning the head. Except they didn’t want to give up their prized possession. They bought another skull and handed it over.

The reinterment took place, while Haydn’s real head continued a journey that eventually brought it to Vienna’s principal musical society. It was put on display in the Musikverein, and stayed there for over 50 years.

It wasn’t until 1954 that this macabre tale reached a conclusion.

A congregation of several hundred, among them the President of Austria, gathered at the church in Eisenstadt to witness Haydn’s skull being ceremoniously reunited with the rest of his remains and placed in his white marble tomb.

There was a final twist. The substitute skull was not removed. The final resting place of Joseph Haydn contains two heads.

via Classical Music: The macabre tale of a musical genius – Independent.ie.